Asamoah Gyan's Son Training With Oxford City In The UK 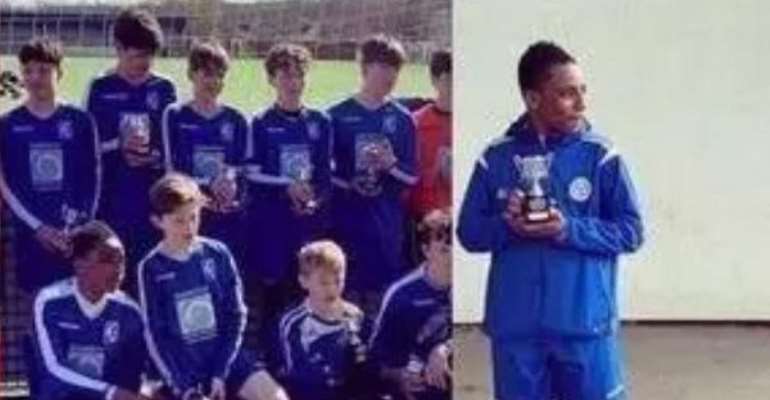 Asamoah Gyan’s first son, Frederick Gyan is training with youth side of Oxford City Football Club in the United Kingdom.

Frederick Gyan is sighted in a picture with his teammates and it seems he is enjoying the beautiful game and he could potentially play to the highest level like his dad.

Media reports suggest that Frederick has been training with the club for the past one year.

He is also the highest African goalscorer in the history of the FIFA World Cup.