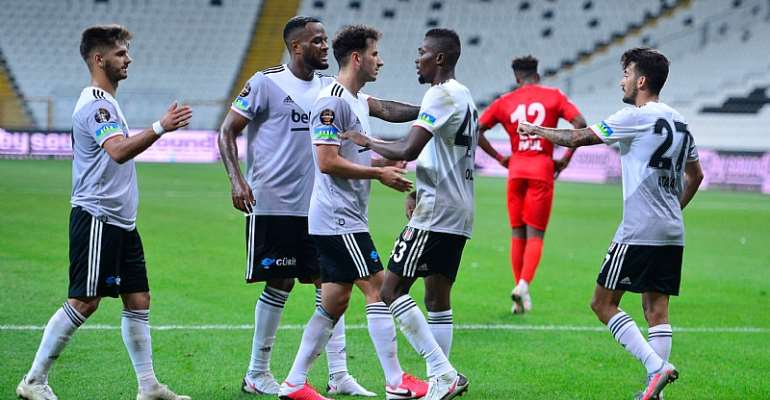 Besiktas summer signing Bernard Mensah registered his name on the scoresheet on Friday evening when the team posted a 3-0 win over Antalyaspor.

The Ghana international joined the Turkish Super Lig outfit last month on a season-long loan deal with the option to be signed permanently at the end of the upcoming football season.

In a pre-season friendly match staged at the Vodafone Park, Bernard Mensah has netted his first goal for the Black Eagles.

In the match against Antalyaspor, Hüseyin Atakan Üner opened the scoring for Besiktas after just 3 minutes of play.

Later in the first-half, Bernard Mensah scored with a fine effort to ensure the team went into the break with a healthy lead.

Besiktas continued their dominance in the second half and scored again with 5 minutes to the end of the exercise to condemn Antalyaspor to a 3-0 defeat.

Midfielder Bernard Mensah lasted 61 minutes of the game before his place was taken by Kartal Kayra Yılmaz.

With the Turkish Super Lig set to start next weekend, the former Atletico Madrid man looks to have earned a place in the starting eleven of Besiktas with his performances in the pre-season games he has played.