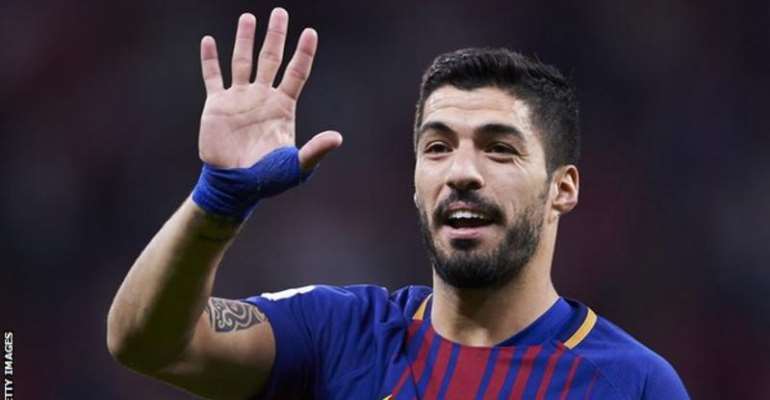 Suarez will move to Serie A on a free transfer - or perhaps a nominal fee - if he can negotiate his release from the Spanish giants.

The Uruguayan has a year to run on a contract he signed in 2016 but if he played 60% of games during 2020-21 it would be extended for another year.

Suarez would be happy to be paid off with one season's wages.

Italian media reported on Friday that he would also need to pass a citizenship test to play in Italy - he has a Uruguayan passport and played in Spain thanks to his wife's Italian passport, enough to be considered European in La Liga.

The 33-year-old's move has no bearing on the future of his friend Lionel Messi.

Suarez and Messi - along with their families - are close but Messi's decision over whether to stay at the Nou Camp will not be affected by his team-mate's move.

Suarez's switch to Turin will see him line up along Messi's great rival Cristiano Ronaldo.

Suarez joined Barcelona from Liverpool for £74m in 2014 and has scored 198 goals in 283 appearances.

After moving from Anfield to Barcelona, he enjoyed huge levels of success, forming part of a devastating front three, alongside Messi and Brazil star Neymar.

But he and Messi have been unable to inspire Barca to another Champions League success, meaning it is five years since they won Europe's premier club competition.

They finished last season without a trophy after being beaten to the title by fierce rivals Real Madrid.