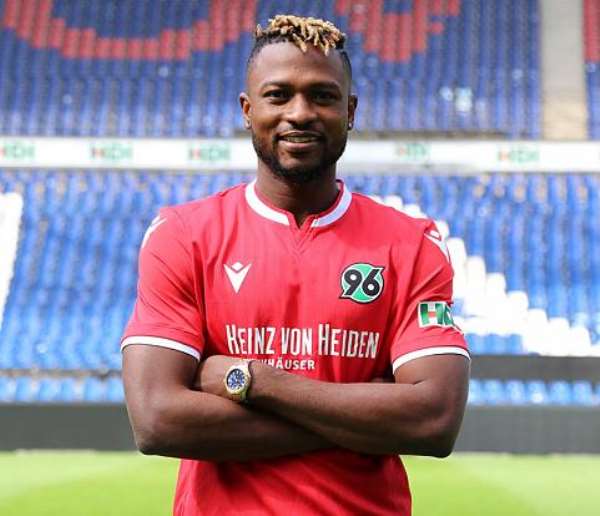 Ghana forward Patrick Twumasi has expressed his joy after completing his transfer from Deportivo Alaves to Hannover 96 in the ongoing summer transfer window.

After successful talks between the German lower-tier club and the Spanish La Liga outfit, the exciting forward has sealed his dream move.

“The next signing is perfect: The Ghanaian Patrick Twumasi is moving from the Spanish LaLiga club Deportivo Alaves to Hannover 96. The 26-year-old attacking player signed a contract until 2023 today”, an official club statement has said today.

Speaking in his first interview after joining the German club, the Black Stars asset has noted that he is elated to join the Hannover 96 family.

“I'm really happy to be here. I've always dreamed of playing in Germany and I'm happy to be part of Hannover 96 now”, he said as quoted on the website of the club.

Speaking on the new signing, Hannover 96 Sports Director Gerhard Zuber has indicated that Patrick Twumasi will give the team different options in attack.

“With Patrick Twumasi we get a very variable offensive player. He can play on both wing positions, but also as a central striker. Patrick is fast, technically adept, and has always had excellent scorer scores in his previous positions”, he said.