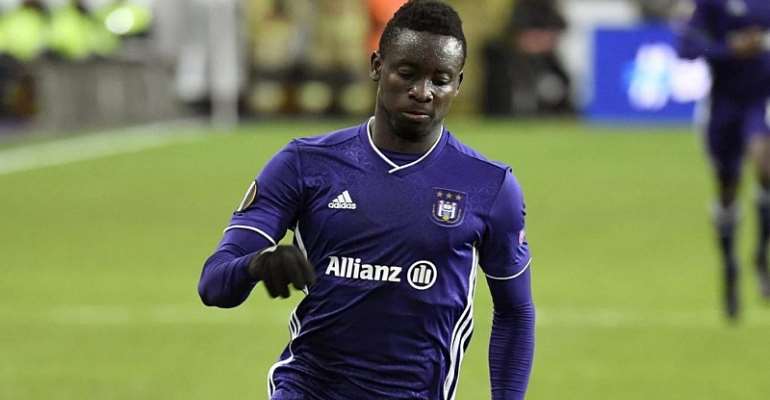 Ghanaian striker Dauda Mohammed registered his name on the scoresheet for his RSC Anderlecht club on Friday afternoon when the team drew 1-1 against Bayer Leverkusen in a pre-season friendly match.

The former Asante Kotoko forward spent the 2019/2020 football season on loan with Danish club Esbjerg fB. Though he managed to impress, he is still finding it difficult to earn the opportunity to play for the first team of the Belgian giants.

In a pre-season friendly encounter against German side Bayer Leverkusen today, Dauda Mohammed was given a shot to prove himself even though the club continues to negotiate another loan move for him.

His equalizer on the 21st minute of the game saved Anderletch from suffering a defeat at the end of the exercise staged at the Tc Strahov Grounds.

Before his goal though, Exequiel Palacios had scored on the 6th minute to shoot Leverkusen into the lead.

With a good display in the match, striker Dauda Mohammed will hope to earn minutes for the Anderlecht first team when they take on Cercle Brugge in their next game of the Pro League.

'Get rich quick' attitude among the youth eroding moral fabr...
16 minutes ago