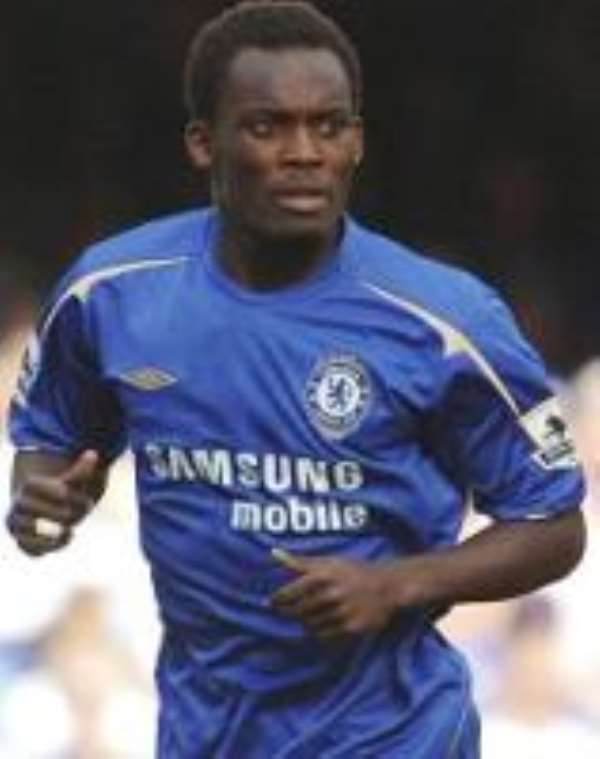 Essien, who seems to have found his true form after the signings of Michael Ballack, John Obi Mikel and Andrei Shevchenko, covered every blade of grass; tackling, winning balls, passing, shooting in short, he was everywhere. He it was who latched unto a loose ball and calmly slotted home the opening goal in the 24th minute.

After a rather difficult debut season last year, Essien is now beginning to show why Chelsea shelled out £24.4 million for him. He was also involved in the second goal, his cross resulting in Didier Drogba being fouled for a penalty. Ballack scored.

Essien has been Chelsea's best player in every match this season and last night was no exception. He was voted man-of-the-match by Skysports.com and has indeed become a permanent fixture in Jose Mourinho's starting eleven.

Ghana midfielder Eric Addo did not play as his side PSV Eindhoven were held to a 0-0 draw by Liverpool in a Champions league match. Elsewhere, Ghana striker Patrick Agyemang scored the winner as Preston beat West Bromwich Albion 1-0 in the English championship.

It was the striker's second goal in three games.

$200 million Saglemi scandal: Funds were not directly given ...
11 minutes ago

Policy saturation, failure fatigue and frustration can make ...
45 minutes ago