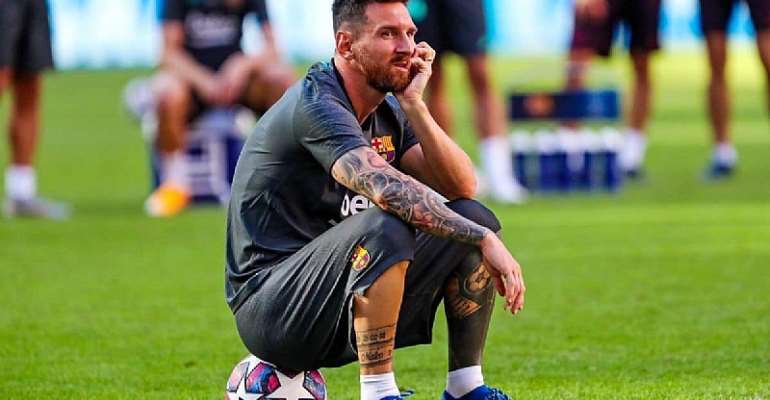 There could be a dramatic change of heart by Lionel Messi who now may perform a u-turn and remain at Barcelona for the 2020/21 season, as per a report in Marca.

It is claimed that the Argentine has now significantly rowed back on his previous demands to leave the Catalan giants after holding lengthy discussions with his father and agent Jorge, along with his legal representatives, on Thursday.

It now appears that Messi may not have any intention of taking the club to court as he believes this action would be excessive in forcing an exit, while he would be remaining at Barcelona until the summer of 2021 – if not beyond.

The message from the player’s representatives now appears to be that whilst the player wanted to leave, he wanted this to be on agreed basis with the club and as this will not happen, he will see out the remainder of his deal.

It follows Messi news from Argentina on Wednesday that there was now a 90 percent chance that he would stay at the Camp Nou for the upcoming season.

Earlier on Wednesday, Jorge Messi – Lionel’s father and agent – claimed that it would be “very difficult” for the player to remain at the Catalan giants beyond this summer, but this position appears to have shifted dramatically in the hours since.

The player had previously been insistent that he will leave the club this summer while the Blaugrana are digging their heels in, saying that not only can he not leave as a free agent but that any buying club would have to pay his €700m release clause, or negotiate a fee.

The legalities of Messi’s contractual situation are set to now play a key role with reports claiming his €700m release clause at the club is no longer valid although this remains unclear with conflicting claims on the legal grounds on each side.