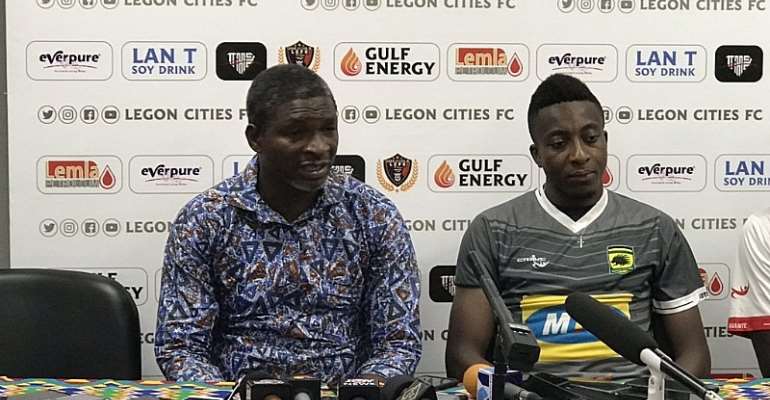 Asante Kotoko goalkeeper, Felix Annan has demanded that head coach of the side, Maxwell Konadu, has to explain to him why he has been axed to the bench.

Annan before the truncation of the 2019/20 football season was axed to the bench by Maxwell Konadu after tieing the knot with his girlfriend in January.

Annan was in the post four times before the former Black Stars assistant trainer settled on Kwame Baah as his first choice.

Speaking on an Accra-based radio station. the former WAFA goalkeeper wanted to know the reason why he is not being fielded and wants to know his mistakes, if any, in order to correct them.

“I will like the coach to explain to me why he is not giving playing time.

"I will gladly accept the reasons because it will help me know my mistakes and also correct them.

“I am determined to becoming the goalkeeper again for Kotoko," he added.

Annan was named captain of the Porcupine Warriors in August last year, following the departure of Amos Frimpong but has subsequently lost his captaincy.