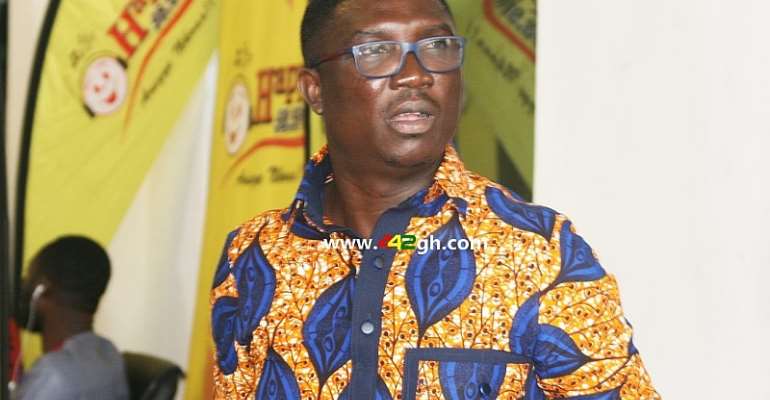 Ebo Appiah, the spokesperson for Wilfred Osei Kweku Palmer says they were not satisfied with th final verdict of the Court of Arbitration for Sports [CAS] ruling but have accepted the ruling in good faith.

The Tema Youth FC president resorted to the global tribunal following his disqualification from the 2019 GFA presidential elections by the Vetting Committee of the Normalization Committee.

But Mr Appiah says even though they have questions to ask on the final verdict but have accepted the ruling in good faith in the interest of Ghana football.

“I must say we are pleased the battle has come to an end even though we are not happy with the final verdict by CAS,” he told Asempa FM.

“We have received calls from other camps congratulating us but we did that in the interest of Ghana football.

“Is that not fulfilling enough for him having produced all these great players? If all he can do is to groom boys to impact their lives so be it and it even makes him happier than anything else.

“No one can take his club from him so he continues to build Tema Youth to the global brand," he added.

Palmer was disqualified on two grounds. His failure to pay the 10% mandatory fee to the GFA for transfer of his player, Joseph Painstil to Belgian side KRC Genk.

And failing to prove he apologised to Ethics Committee over his comments on public radio that, Ghana failed to qualify for World Cup 2018 due to government’s decision to withdraw indemnity or unclassified payments from FA budget.

Among the reliefs Palmer sought from CAS was declaration of the October 2019 presidential election as null and void. He wanted a fresh election to be organised by GFA.