2020 US Open: Winning Another Grand Slam Will Be 'Extremely Difficult' - Andy Murray 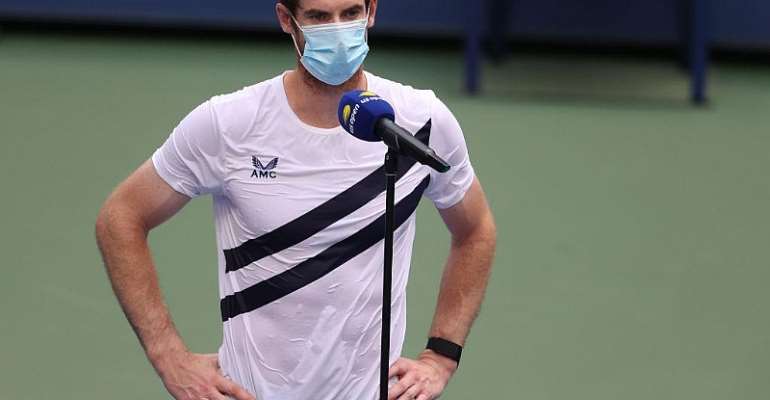 Andy Murray says winning another Grand Slam will be "extremely difficult" but he will still "shoot for the stars".

The former world number one was knocked out of the US Open late on Thursday, losing in straight sets to Felix Auger-Aliassime in the second round.

"It was hard enough when I had two normal hips," the 33-year-old said.

"So it will be difficult, but I'll keep trying - why not? Why shouldn't I try my hardest to do that? And if I don't, that's all right. But I might as well shoot for the stars."

Murray won his first Grand Slam title in New York in 2012, following that up with Wimbledon victories in 2013 and 2016.

But, plagued by hip injuries, he first had surgery in January 2018 before a second operation 12 months later.

He has not featured in the latter stages of a major since reaching the Wimbledon quarter-finals in 2017.

"I feel like I'm back at square one, having not played in slams for a few years," he said. "I need to build up my body and my physical conditioning so that I have the ability to back up five-set matches.

"That takes a bit of time, unfortunately."
He added: "You practice as much as you want with your coach or juniors, but playing against guys that are serving 135, 140 miles an hour and hitting the ball huge from the back of the court, your timing needs to be spot on.

"So the more I get exposed to playing with better players and practising with them, the better for me just now."

Murray says he can take positives from the past two weeks at Flushing Meadows though, having won two matches at the Western and Southern Open before coming from two sets and a break down to overcome Yoshihito Nishioka in nearly four hours and 40 minutes in the US open first round on Tuesday.

He will now turn his attention to the clay and preparing for the delayed French Open, which is scheduled to start on 27 September at Roland Garros.

"I would say even after tonight I'm more positive about what I could do in Grand Slams than I was before I came over here. You obviously don't know how I was feeling even just a couple of months ago," he said.

"I played a couple of tough matches in [the Western and Southern Open] and I played certainly one very tough match here, and my right hip felt good. That's really, really positive.

"There is other things that need to get better, but I would say that I'm more positive now than what I was a couple of months ago, that's for sure."

Awutu Senya East: One injured as NPP supporters of outgoing ...
47 minutes ago