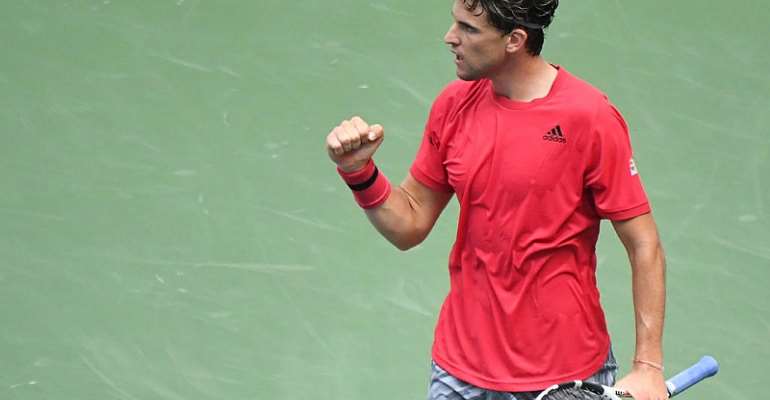 Dominic Thiem and Daniil Medvedev, the top two players in the bottom half of the men's draw, comfortably progressed to the US Open third round on Thursday beating Sumit Nagal and Chris O'Connell respectively.

Second seed Thiem swept into the last 32 with a 6-3, 6-3, 6-2 win over the 23-year-old Indian to set up a third round encounter with the 2014 champion Marin Cilic, who overcame Norbert Gombos in four sets.

Thiem, who was celebrating his 27th birthday, added: "He is not a guy I want to face in the third round as on his day he can beat anybody. It's going to be a tough match.”

Medvedev, the third seed, advanced with a straight sets win over the Australian Chris O'Connell. The 24-year-old Russian, who lost the 2019 final to Rafael Nadal, is yet to drop a set in the 2020 competition.

Former world number one Andy Murray was another of the active Grand Slam winners at the 2020 US Open.

However, the 2012  champion departed after a straight sets loss to the 15th seed Felix Auger-Aliassime. The 20-year-old Canadian reached the third round for the first time at Flushing Meadows following a 6-2, 6-3, 6-4 victory over the 33-year-old Briton.

“Going on the court against a young player, you feel like you go on with the experience of having been in that situation more times,” said Murray after the match.

“The only downside is they might have been watching you play for a number of years, so they know your game probably a bit better than you know them … I don't feel old or anything like that. I'm happy that I get the opportunity to play against the younger guys coming through.”