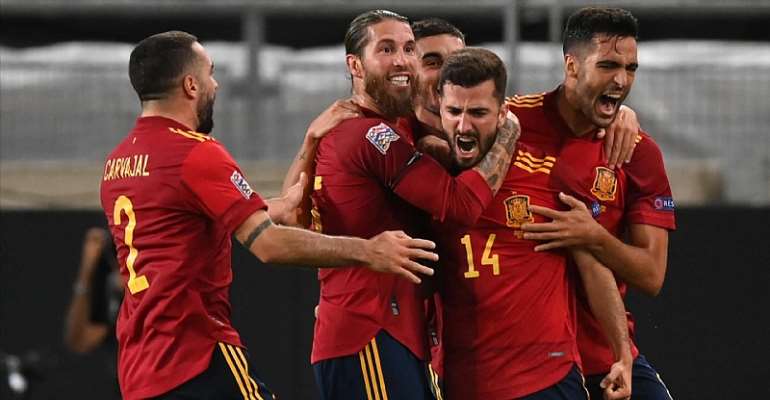 Timo Werner gave Chelsea fans a taste of what's to come with a clinical finish six minutes into the second half, cutting in from the left and firing into the bottom corner, leaving David De Gea rooted to the spot, to give Germany the lead.

Die Mannschaft, who were without a number of their Bayern Munich regulars due to their involvement in the Champions League final, had been frustrated up to that point, with De Gea providing a vintage performance.

The Manchester United goalkeeper made an excellent one-handed save to deny Leroy Sane, who was one of just two Bayern players on show, but that was just one of many as he silenced his critics.

Spain - under Luis Enrique, in charge of his first game of a second spell - had shaded the first half, with new Manchester City signing Ferran Torres and Leeds United recruit Rodrigo creating chances, but for large parts of the second period they had been overrun. It was not until the final minute of stoppage time that they formed a late charge, grabbing a dramatic equaliser through Gaya, only moments after 17-year-old wonderkid Ansu Fati had a goal chalked off.

Germany will hope to bounce back from this late disappointment when they travel to Switzerland for matchday two on Sunday, while La Roja host Ukraine on the same day.

We shall not entertain immorality in our community — Zongo J...
7 minutes ago