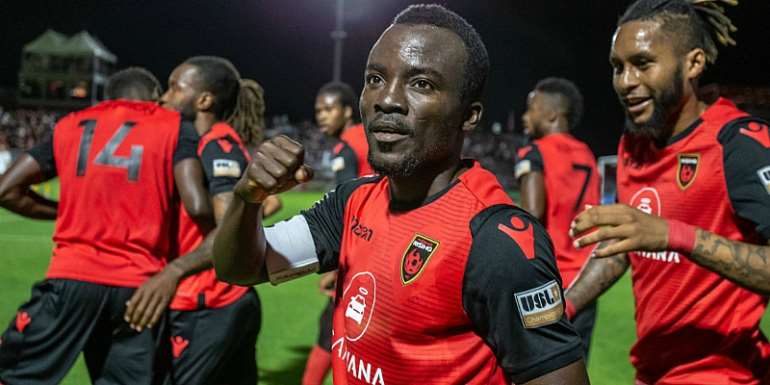 Ghana intrnational, Soloman Asante has been shortlisted for the USL player of the month award in August.

Voting in the Championship Player of the Month Award will be conducted by the following three voting bodies:

A fan vote on USLChampionship.com will comprise 51 percent of the poll. The fan vote will run through Monday, September 7 at 12 p.m. ET.

On the other hand, the USL National Media Panel’s ballots comprise 24 percent of the poll.

The award winner and complete voting results will be announced on Thursday, September 10.

Neco Brett, Birmingham Legion FC – Brett scored six goals at an average of a goal every 84 minutes and notched two assists while recording 11 chances created for the month.

Amando Moreno, New Mexico United – Moreno recorded four goals and two assists in six games for New Mexico as the side continued to push toward the playoffs over its elongated road trip this season.

The Ghana International has six goals and eight assists in the regular season of the USL Championship this campaign for his team.