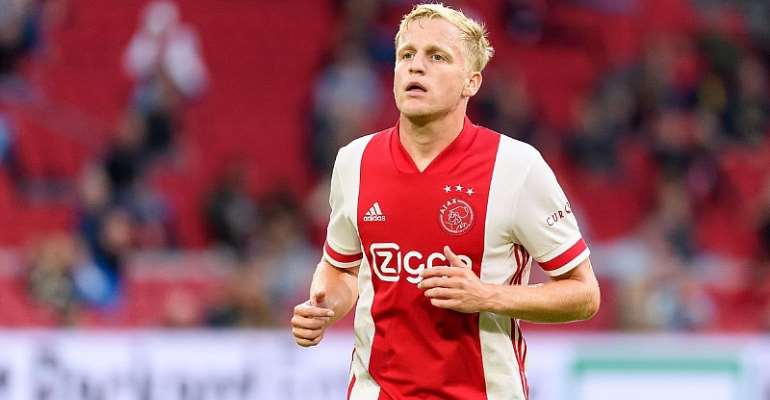 The agent of midfielder Donny van de Beek has claimed the new Manchester United player had an agreement to join Real Madrid before the Covid-19 pandemic.

There had been widespread reports in Real Madrid transfer news this year that the Dutchman had an agreement to join Los Blancos and would complete a deal this summer.

However, the Covid-19 outbreak changed the landscape of the transfer market with the financial ramifications hitting Madrid particularly hard with the club unlikely to oversee strong investment this summer.

Van de Beek has subsequently joined Manchester United, but his agent Sjaak Swart has spoken of the deal with Madrid.

“There were many clubs interested in Van de Beek,” Swart is cited as saying by Marca.

“There was Madrid, Barça, Juve, Arsenal…in March everything was ready for him to go to Real Madrid, but with the pandemic, everything was postponed. The clubs have no income. The whole scene changed.”

The 23-year-old midfielder was one of the stars in the 2018/19 season as Ajax stunned Europe by coming within one minute of the Champions League final, while also enjoying great success domestically.

However, unlike teammates and fellow Dutch internationals Frenkie de Jong and Matthijs de Ligt, he ultimately remained at the Amsterdam giants for the 2019/20 campaign and remained an integral part of their side before his switch to United.

MMDCE appointments shouldn't be seen as job for the boys' - ...
9 minutes ago

MPs don't construct roads; 'masa' my party is not in governm...
54 minutes ago