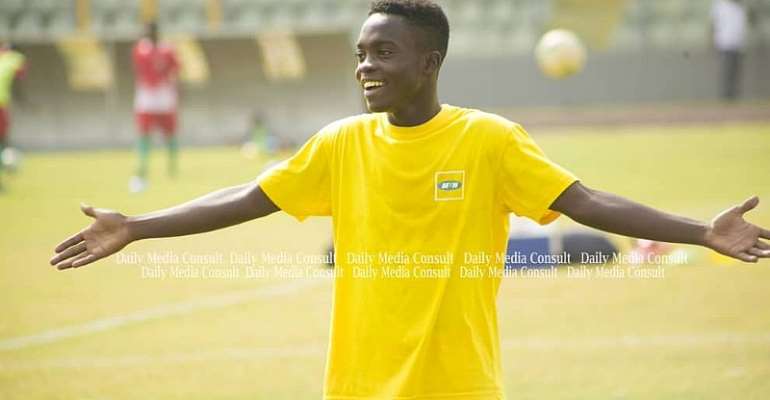 Samuel Anim Addo, manager of Matthew Cudjoe has confirmed Ashantigold have made an offer for the youngster.

The 17-year-old spent last season on loan at Asante Kotoko where he made the headlines.

Cudjoe has been one of the most exciting young talents on the local scene as he featured prominently in Maxwell Konadu’s side during the 2019/20 Ghana Premier League campaign and is expected to contribute significantly to their upcoming campaign.

However, the camp of the player are demanding for $250,000 before the Cudjoe sign a permanent deal with Kotoko.

Ashantigold, who are looking to bolster their squad ahead of the CAF Confederation Cup campaign next season have the approach by inquiring about the availability of the winger.

“I can tell you that even Ashantigold have made a request for him, not only Kotoko; and so many other clubs that I can’t mention,” Anim Addo told Citi Sports.

“There are also offers from European clubs and but for COVID, he may have been outside the country by now because of the program that we had.

“But we are not in a rush at all. Even if he has to play in the local league, he will have to play for a club that is good for his development.

Cudjoe has had trials with Bayern Munich in Germany before returning to Kotoko last season.