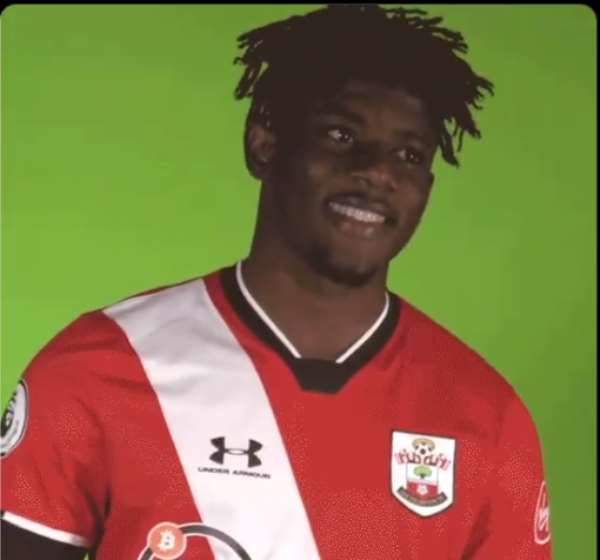 Ghanaian international, Mohammed Salisu has been spotted in Southampton jersey for the first time after completing his mandatory 14-day quarantine.

The 21-year-old joined the Premier League outfit from Real Valladolid this summer for a fee of £10.9m.

However, after completing his move, he underwent a mandatory quarantine after arriving in the UK from Spain.

The enterprising centre back is now safe and will join his teammates for pre-season ahead of the new English Premier League.

Salisu dominated the headlines following his magnificent season with Valladolid.

He has been handed jersey no. 22 after joining the club on a four-year deal.