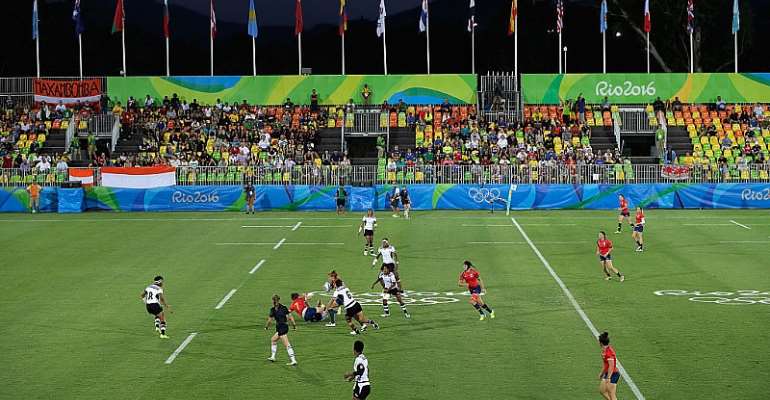 World Rugby has used an advance payment of its Tokyo 2020 revenue share from the International Olympic Committee (IOC) to create a fund to help countries which have qualified for the rugby sevens tournament prepare for the Games.

The worldwide body is hoping the $2.5 million (£1.9 million/€2.1 million) package will offset the financial difficulties rugby unions across the world are facing as a result of the coronavirus pandemic.

Nations whose rugby sevens teams have secured a spot at the postponed Tokyo 2020 Olympics are eligible to apply for a share of the fund.

"Rugby sevens is a key priority for World Rugby in our mission to grow the global game and we are pleased to be able to share details of this new investment," said World Rugby chief executive Brett Gosper.

"Combined with the ongoing contingency work on the HSBC World Rugby Sevens Series 2021 and a supplementary international competition strategy, this will ensure that Olympic qualified teams have the necessary training and high-level competition opportunities to optimise their performance and light up the biggest sporting stage at the Olympic Games in Tokyo."

The COVID-19 crisis has forced unions in countries such as England and Wales to scrap their rugby sevens programmes, less than a year before the rescheduled Tokyo 2020 Olympics are due to open.

The IOC has offered financial support to International Federations (IFs) in the form of donations and advance payments of their share of Tokyo 2020 revenue following the postponement of the Games.

In July, the IOC revealed it had given loans to 15 IFs, including World Rugby.

Rugby sevens is due to make its second appearance on the Olympic programme at Tokyo 2020, following a successful debut in Rio de Janeiro four years ago.