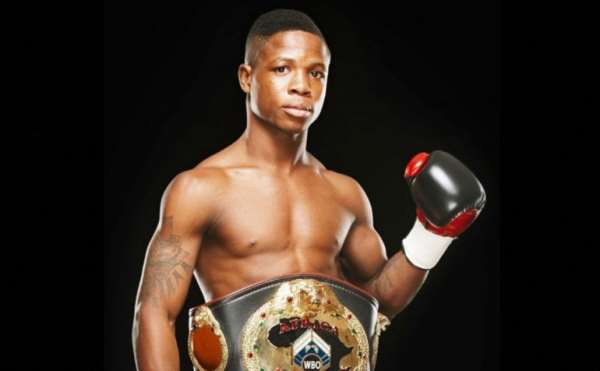 Duke Micah spoke with assurance, such confidence, that one might’ve assumed he was the world champion during Monday’s virtual press conference.

“I’m coming there to win,” Micah informed reporters ahead of his September 26 bout versus WBO World Bantamweight Champion, John Riel Casimero. “This is my dream. This is what I’ve set my mind on since my childhood.”

Micah, 28, 24-0 (19 KOs), has the biggest of platforms to realize that dream. His fight versus Casimero is part of an unprecedented SHOWTIME Championship Boxing pay-per-view doubleheader, presented by Premier Boxing Champions (PBC), which will feature five world title matches, including world champion twin brothers, Jermall and Jermell Charlo, each in career-defining fights.

Casimero-Micah will be the opening bout on the first half of the doubleheader.

It’s been a long road for the Ghanaian, a precocious talent from the Bukom area in Accra. After representing his country at the 2012 Olympics, where he lost a razor-thin decision to Mick Conlon in the round of 16, Micah quickly tore through local opposition in Ghana.

In 2016, he began camping in the UK, stopping three consecutive opponents prior to a hard-fought decision over Matthew Chanda. Then in 2017, he relocated to America, signing with now-defunct promotional outfit, Real Deal Boxing.

Amoo-Bediako also brought in current Keith Connolly, who currently co-manages Micah and was instrumental in bringing him to PBC.

Micah has registered two eye-opening victories under the PBC banner. Casimero, however, represents a major step up in class. The Manny Pacquiao protégé won the world title last November by beating down incumbent Zolani Tete inside three rounds.

“I’m so thankful to be taking on Casimero, one of the best boxers from the Philippines, because I know he’s a very good opponent.,” said Micah. “That’s what I want and what the fans want to see, so we have to make it exciting.

“We’ve been training hard for this fight because we know Casimero is a very good boxer. He knows what he’s doing and I also know what I’m doing so I’ve been preparing myself to come to the ring in the best shape possible. I’ve watched Casimero before and I know the way he fights so that’s why we’ve been training hard and doing everything right so we can bring the victory back home to Ghana.”

Even so, the 31-year-old Casimero (29-4, 20 KOs) is a heavy favorite heading into the bout. The champion was expected to unify versus pound-for-pound entrant Naoya Inoue prior to this fight’s announcement. However, negotiations for that fight fell apart, paving the way for Micah to receive his first world title opportunity.

“The people who think I don’t have a chance are not in my shoes,” Micah declared. “I know he’s a good boxer but this is what I’ve been doing since my childhood. Whatever anybody else thinks, I’m the one in the ring, so nobody else’s thoughts really matter. I know this won’t be an easy fight for me, but it’s what I’ve always wanted.

“This is my dream. This is what I’ve been looking for because I know he’s a good boxer. I’m doing this for me and my family, my daughter and my son. I’ve been trying for a long time. I’m hungry for this. People will see good boxing and I’m confident that I’ll bring the title back to Ghana. My goal is to be one of the best boxers from Ghana.”

It's not good at all — GMA expresses concerns over rising CO...
17 minutes ago