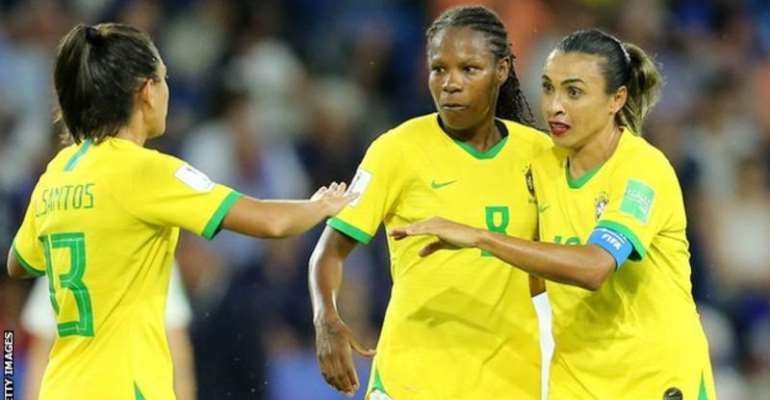 Brazil's women's national players will be paid the same as male players for representing their country, Brazil's football association (CBF) has said.

All players will be granted the same daily and prize amounts for taking part in preparation periods and games.

CBF president Rogerio Caboclo says the measures were put in place in March.

"Since March of this year, CBF has made an equal value in terms of prizes and daily rates between men's and women's football," he said.

"That is, the players earn the same thing as the players during the calls. What they receive by daily call, women also receive."

Caboclo says it also applies to performances at international tournaments such as the World Cup and Olympics.

"There is no more gender difference, as the CBF is treating men and women equally," he said.

"What they will gain by conquering or by staging the Olympics next year will be the same as the men will have."

Australia, Norway and New Zealand are among the nations to previously decide to pay their men and women internationals the same amount.

Brazil's women's team have not played since March when many competitions around the world were postponed because of the coronavirus pandemic.