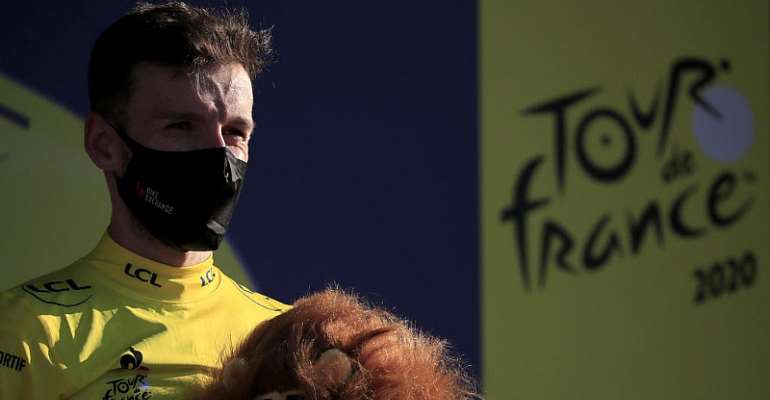 Adam Yates has claimed the lead of the Tour de France after pacesetter Julian Alaphilippe was hit with a 20 second time-penalty for an authorised stop during the fifth stage of the race.

The dramatic denouement came at the end of the 183-kilometre run between Gap and Privas in south-eastern France.

Wout van Aert took the stage in four hours, 21 minutes and 22 seconds. The 25-year-old Jumbo-Visma rider finished just ahead of Cees Bol from the Netherlands and Ireland's Sam Bennett.

"When I started the burst for the line, Cees came with me and in the end there wasn't much between us - just half a wheel," said van Aert. "I always thought it was a stage that suited my style of cycling and so I'm happy with the win and very grateful to the team for letting me go for it.

"I'll always treasure a stage win and now it's all about me helping the team even more."

Yates moved into first place after five of the 21 stages with an overall time of 22 hours, 28 minutes and 30 seconds.

Alaphilippe, who had led since the second stage in Nice, dropped to 16th.

The race, which began in Nice on 29 August, is scheduled to finish on the Champs Elysées in Paris on 20 September.