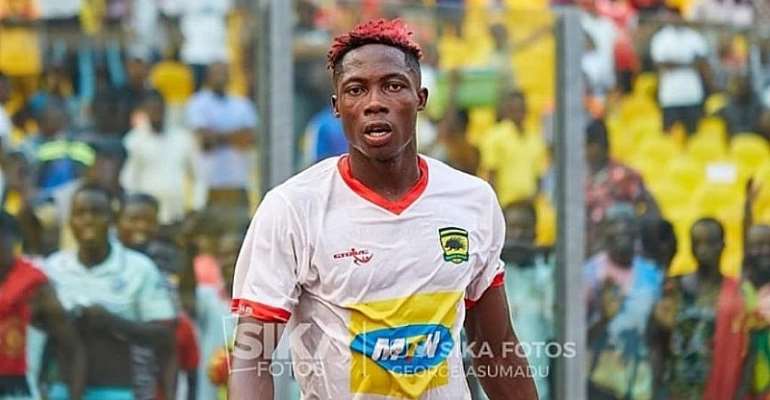 Coach Samuel Boadu, the head coach for Medeama Sporting Club has noted that midfielder Justice Blay will not just walk into his first eleven if he stays for the 2020/2021 football season.

The highly-rated midfielder spent the last year at Asante Kotoko where he enjoyed a successful loan spell.

His exploits for the Porcupine Warriors in the CAF Champions League, the Confederations Cup, and the Ghana Premier League have earned him applause with the club eyeing his permanent signing.

Unfortunately, nothing concrete has been agreed on the negotiations table with reports suggesting that there are foreign clubs chasing the signature of Justice Blay as well.

Speaking to Pure FM, Medeama SC coach Samuel Boadu has expressed his readiness to have the midfielder in his team but has also stressed that he will need to fight to get into the team.

“Should Justice Blay return to Medeama SC again, he has to justify himself well else he will not get into the first team”, the gaffer said.

Blay who remains one of the best midfielders in the local league is eager for the Kotoko permanent switch but will have to wait for the Kumasi-based club to meet the demands of his parent club.