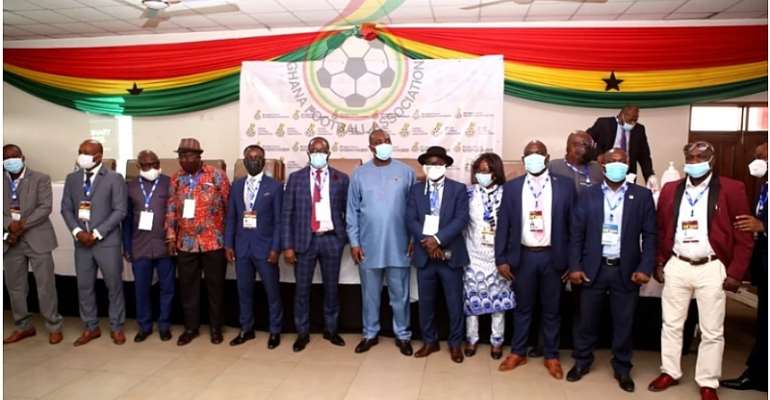 The Ghana Football Association (GFA) will construct a multipurpose facilities at the Ghanaman Soccer of Excellence at Prampram.

This was made known by the President of the Ghana Football Association, Mr Kurt Okraku.

The GFA is expected to receive $6 million in the next four years from FIFA as a support from the world football governing body to all member associations.

Speaking at the 26th Ordinary Congress, Mr Okraku said his administration has decided to construct multipurpose court, a swimming pool and a gym to give a facelift to the Ghanaman Soccer of Excellence at Prampram.

“The FIFA Forward 1.0 programme will also see an investment of $280,000 into boreholes at League Centres & Game Centres across the nation as well as an upgrade in I.T to improve competitions. It involves supply of PCs, Scanners, printers as well as internet to clubs," he said.

“We will also use some of the money from the FIFA Forward 2.0 to complete projects like a multipurpose court, a swimming pool, a gym and others here at the Ghanaman Soccer Center of Excellence,” he added.

The FA are making strides to return football to its glory days, with the introduction of several initiatives including the 'catch them young refereeing' policy.

Last month, the FA through UEFA support also acquired a minivan for referees at the juvenile level.