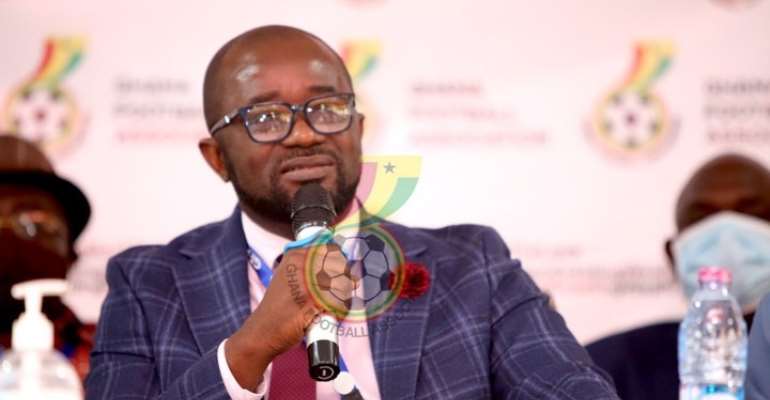 Ex-gratia for the President of the Ghana Football Association (GFA) and the Executive Council members has been scrapped by Congress.

Ex-gratia payments for the president and the ExCO were approved in 2015, enabling outgoing members to pocket an amount of $15,000 under Kwesi Nyantakyi's administration.

However, the ex-gratia system has been scrapped as part of revisions made during GFA’s 26th Ordinary Congress on Tuesday, September 1, 2020, at the Ghanaman Soccer of Excellence at Prampram.

Meanwhile, the GFA President and his vice will be earning GHS12,000 and GHS7,000, respectively, as monthly salary.

This means that GFA President, Kurt Okraku will henceforth be earning GHS12,000 as monthly salary, while his vice Mark Addo will take home GHS 7,000.

Meanwhile, Congress also approved that each member of the Executive Committee receives GHS4,000 as monthly allowance.

The President and his vice will also receive per diems of $500 and $400, respectively, per day when on foreign travels.

See the proposed remuneration for GFA members below:

Takoradi woman confesses she was not pregnant
58 minutes ago