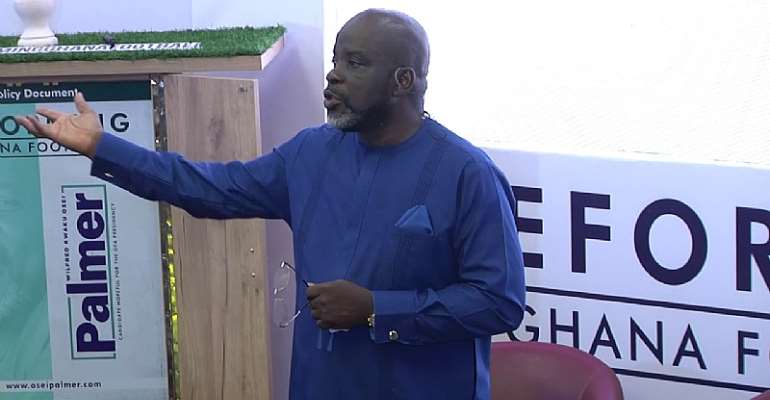 President of Tema Youth FC, Wilfred Osei Kweku Palmer has accepted the ruling of Court of Arbitration for Sports [CAS].

The Swiss-based court on Tuesday, September 1 announced the final verdict between the Osei Kweku Palmer and the Ghana Football Association [GFA].

The former Black Stars management committee chairman resorted to the global tribunal following his disqualification from the 2019 GFA presidential elections by the Normalization Committee.

Palmer was disqualified on two grounds. His failure to pay the 10% mandatory fee to the GFA for transfer of his player, Joseph Painstil to Belgian side KRC Genk.

And failing to prove he apologised to Ethics Committee over his comments on public radio that, Ghana failed to qualify for World Cup 2018 due to government’s decision to withdraw indemnity or unclassified payments from FA budget.

However, CAS after hearing from both parties has ruled in favour of Ghana’s football authority.

However, Osei Palmer in a statement accepted the ruling in good faith adding Ghana football has won on the day.