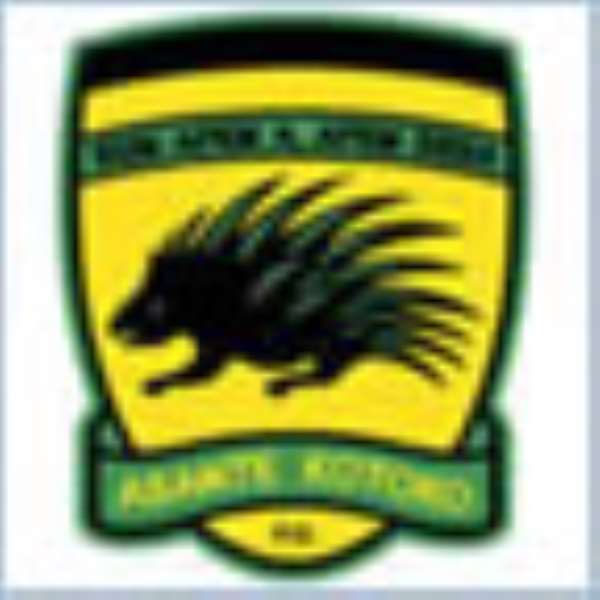 Nana Arhin Duah who played a good game levelled up in the 38th minute after Kotoko conceded the first goal through JSK's Yacef Hamza in the second minute that sent the stadium back on their toes.

The Kotoko redeemer was on target again to increase his side's goal tally to two in the 74th minute. Kotoko lost the first leg match 0-1 to JSK when the two met in Algiers. It was the home side which started the game but slowly and allowed their opponents to take control of the game when referee Shelmani Abudul Hakim of Libya whistled for hostilities to begin.

The tempo of the match was such that it was no wonder when the Algerians took the lead in the early stages of the match and pinned Kotoko to their half before the Kotoko lads to gradually warm themselves into the picture in the ninth minute but wasted the chance that came their way with Douglas Nkrumah being the culprit.

Determined to carry the day, Kotoko continued to pile pressure on their opponents but could not translate the numerous chances that were created. Left off the hook, JSK's Haaloovi Nassim had the ball and moved deep into the Kotoko defence area that resulted in a corner in the 29th minute but the kick was wasted.

Before the start of proceedings there was some slight rainfall making the field soggy and this made ball control and movement difficult with Arhin Dua who had a chance to score in the 34th minute saw his shot saved by goalkeeper Ghouaouui Lovness.

With the steam on the Algerians, Osei Kwame Junior in an attempt to score was brought down just outside the penalty box and Nana Arhin Dua who opted for the kick, curled the ball into the roof of the net in the 38 minute for the equaliser.

The Algerians nearly took the lead a minute later but Oladikpikpo Wassim's shot was saved by Kotokos goalie Eric Nii Baah. Edmund Owusu-Ansah nearly increased the score for Kotoko in the 47th minute but his shot missed the posts narrowly whilst Dabo Oumar of JSK also missed a chance when his header went off target a minute later.