Kotoko CEO Waves Into GFA’s Approved Budget; Advise Association To Save For The Future 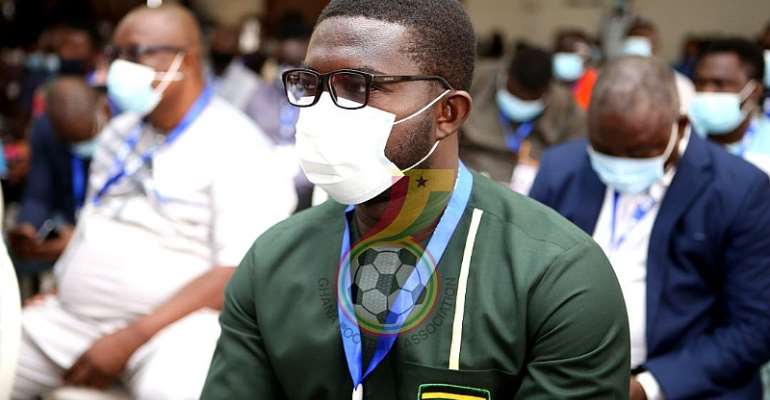 Chief Executive Officer (CEO) of Asante Kotoko, Nana Yaw Amponsah has advised the Ghana Football Association (GFA) to save for the future following the approval of a gargantuan budget for the 2020/21 financial year.

At the 26th Ordinary of Congress of the Ghana FA at the Ghanaman Soccer Center of Excellence today, delegates have approved a budget of a little over GHS71 million.

Making his input at the Congress grounds, Nana Yaw Amponsah has urged the Ghana FA to avoid spending every penny as budgeted. But instead, they should take into consideration the financial woes presented by the Coronavirus pandemic and save for the future.

“Just an observation that I have made and few words of admonishing. I observed that in the last budget we had a deficit and in the current proposed budget the total budget revenue is estimated at 71,642,158,44 And then total budget expenditure is also 71,642,158,44.

“For me as an association, we should be working towards saving for the future considering what COVID has done to us. If you look at the total budgeted expenditure it's exactly the same figure as the total budgeted revenue so it’s much of an intent to spend every pesewa that we bring in and I don't think that is good for an association like ours”, Nana Yaw Amponsah said at Congress.

The Asante Kotoko CEO added, “Of course you can exceed your revenue target or you can have less, same applies to your expenditure. But as the vice president rightly said, it's a flexible budget so I would admonish the leadership to try and at least save about 5 to 10 million this year on the proposed expenditure so that going forward we can build some goof revenue in our accounts or good money in our account for future rather than thinking of spending everything that comes into the account”.

Meanwhile, the approved monthly allowance and sitting allowance for the GFA president Kurt Okraku, his vice-president, and the executive council have attracted backlash from the public.

The approved budget will see the FA boss taking GHS12,000 while the vice president Mark Addo pocks GHS7,000 at the end of every month as an allowance.

The members of the Executive Council of the Ghana Football Association will also earn a sum of GHS4,000 as monthly allowance.

Police beef-up security at traffic intersections over daylig...
38 minutes ago