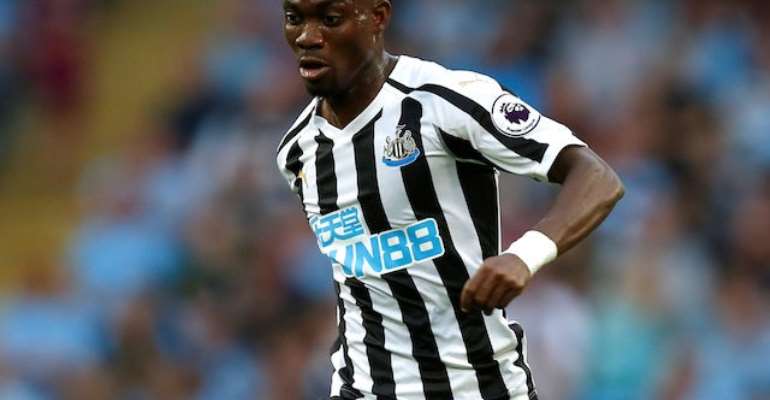 Ghana international Christian Atsu was in action for his Newcastle United side today when the team suffered a 5-1 heavy defeat at the hands of Middlesbrough in a pre-season friendly match.

The winger struggled to play in as many games as he would have wanted in the 2019/2020 football season.

Now taking part in the English Premier League club’s pre-season training, Christian Atsu is putting in the needed work to convince manager Steve Bruce to hand him a bigger role next season.

In a pre-season game against English Championship club Middlesbrough, the Black Stars asset featured but his efforts could not save his team from being thrashed.

The Magpies suffered a 5-1 defeat at the end of the warm-up games staged at the Rockliffe Park with Allan Saint-Maximin netting the consolation goal for the team.

Christian Atsu has 1 goal in pre-season and will hope to impress in the remaining friendly matches before the start of the new season later this month.