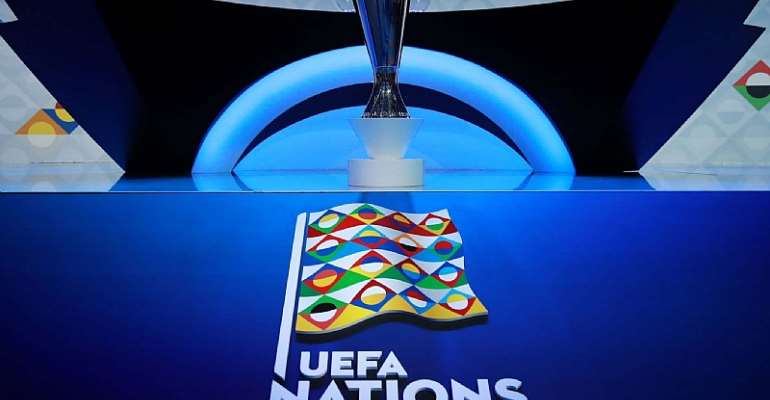 The 2020-21 Uefa Nations League starts on Thursday, with all the home nations playing twice in the next week.

Are you asking: "The what-now starts when-now?" If so, you are probably not the only one.

Uefa has managed to squeeze in an international break in the 20 days between the 2019-20 Champions League final and the 2020-21 Premier League and La Liga seasons starting.

And the competition has less riding on it than the first Nations League - with no guaranteed World Cup qualifying spots.

So who's playing when what is the format and what is the point? Pull up a chair and let BBC Sport tell you.

Ready to pay attention? There will be a test on this at the end.*

The Nations League is separated into four divisions. The top three divisions have four groups with four teams. Each side plays the other teams in their group home and away - just like a Champions League group.

The bottom division has one group of four and one of three.

The team to win each group in League A - England won theirs last time - will go into the finals tournament in September or October 2021 (it was initially meant to be in June).

The best two Nations League group winners who do not reach the World Cup or play-offs through normal qualifying - which starts in March 2021 - will go into the 12-team World Cup European play-offs in March 2022 (with three qualifying for the tournament in Qatar).

When are the games?
Every European country - except Gibraltar, Liechtenstein and San Marino - will play six Nations League games over three international breaks in consecutive months.

Many teams face triple-headers in October and possibly November because of play-offs for the rescheduled Euro 2020 and friendlies (because who doesn't need even more games this year?)

The opening round of fixtures was always supposed to be this week. The second two breaks have been moved back by two days because of the Euro 2020 play-offs.

Scotland, Northern Ireland and the Republic of Ireland all have play-off semi-finals on 8 October - the same day England play Wales in a friendly - before a Nations League double-header.

The play-off finals, and presumably some more friendlies, will happen before the November games.

Who are British and Irish teams playing?

Placing all of Europe's giants in just four groups means there are some stellar meetings.

The Netherlands then play Italy on Monday, with France hosting Croatia - in a repeat of the 2018 World Cup final - on Tuesday.

Nope.
Uefa has said no fans will be able to attend Nations League matches in September, despite some member countries saying they were ready to have crowds.

A meeting of all 55 Uefa member associations decided the first two rounds of games would be behind closed doors for a consistent approach.

Scotland had hoped their Nations League opener at home to Israel on 4 September would be a test event played in front of a limited Hampden crowd.

The Football Association, English football's governing body, said its aim is to get "some level of crowds" at England's internationals in October.

That reshuffle meant none of the 12 teams relegated in the inaugural tournament - including Germany, Northern Ireland and the Republic of Ireland - had to drop divisions.

The 2018-19 Nations League had four guaranteed European Championship places, with the 16 highest finishing teams not to qualify for Euro 2020 progressing to four different play-off pools, which will be played this October and November.

But now only two of the 12 European World Cup play-off spots will be available through the Nations League - with three of those 12 teams qualifying.