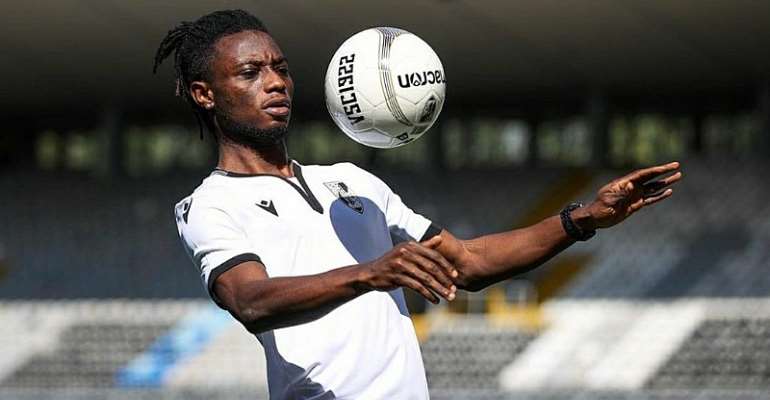 Ghanaian youngster, Gideon Mensah has revealed that his decision to join Vitoria Guimarães was after his chat with fellow countryman, Abdul Mumin.

The enterprising defender joined the Portuguese top-flight side on Monday on a one year loan deal with an option to make the deal permanent.

Speaking to the club’s media, the Black Stars player revealed that Abdul Mumin played a huge role in his move to Portugal.

“I talked a lot with Mumin. We are the same age and since he arrived at Vitória, I wanted to know more about the team.

“Also, his feeling at the club and he was very positive in terms of the club’s philosophy.

“This is an excellent opportunity to continue growing.

“Mumin is very happy and for me that was very important. It motivated me to come.”

Abdul Mumin joined Vitoria on a four-year deal after leaving Danish side Nordsjaelland for free.