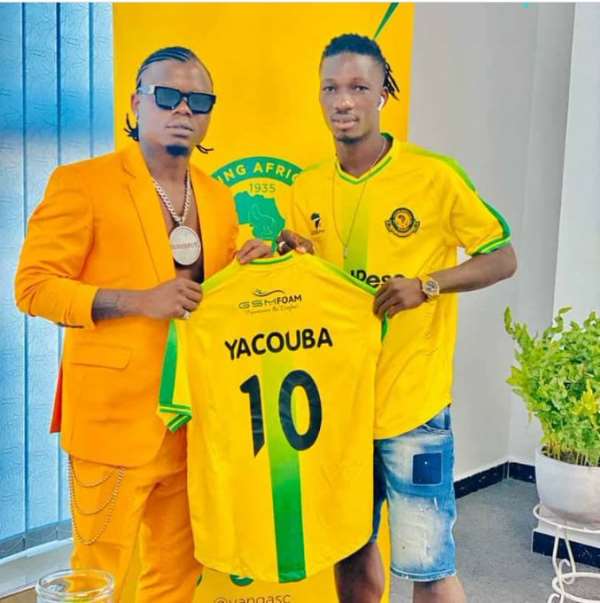 Tanzania giants, Young Africans SC has unveiled attacker Sogne Yacouba as their new signing ahead of the start of the next football season.

The club earlier this month reached an agreement with the highly-rated Burkina Faso forward for his signing after partying ways with Asante Kotoko earlier this year.

Following the signing of all the necessary paperwork, Sogne Yacouba has today been unveiled by Yanga SC as the club’s new acquisition in the ongoing transfer window.

Information available at Modernghana Sports can report that the former Porcupine Warriors poster boy has inked a 2-year contract with the Tanzania giants and will be expected to play a vital role for the team in the next football season.

He will be playing alongside Ghanaian striker Michael Sarpong in the attack of the Citizens. The two has enormous attacking threat and are tipped to form a deadly partnership at Yanga SC.