2014 World Cup: Ronaldo Was Stunned With My Performance – Fatau Dauda 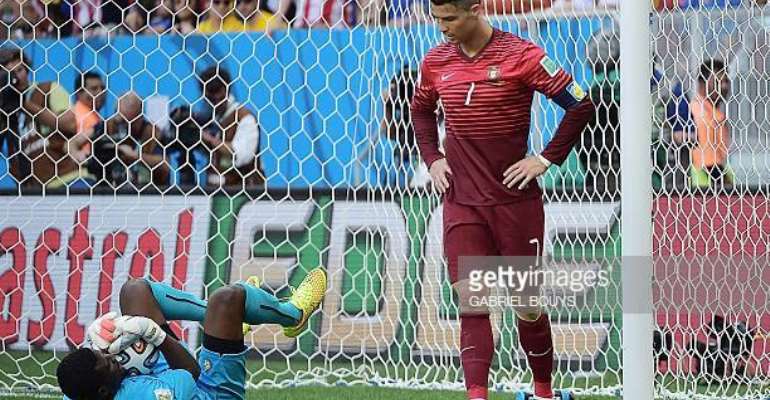 Former Ghana goalkeeper, Fatau Dauda has said Cristiano Ronaldo was surprised with his performance during the 2014 FIFA World Cup in Brazil.

After losing to the United State of America and sharing spoils with Germany, Ghana played Portugal in their final group game.

Defender John Boye scored an own goal to give the Portuguese a lead in the 30th minute.

However, Asamoah Gyan scored on the 57th minute to level Ghana up but Ronaldo scored the winner in the 80th minute to seal the win for Portugal to end the game 2:1.

On the day, Dauda was superb for the Black Stars despite conceding two goals.

Speaking in an interview with Metro TV, the Legon Cities goalkeeper said the five-time Ballon d’Or winner was stunned with his performance.

“We lost to Portugal on our final game,” he said. “We did not expect that we will exit the tournament at the group phase because we prepared well ahead of the tournament.

“I was impressed with our performance against Germany and Portugal. We trained very well against Portugal and our goalkeeper’s worked on me well because everybody knows what Ronaldo can do any day.

“He [Ronaldo] was surprised with my performance because I frustrated and he was not happy. I wanted his jersey after the game but he had given it to someone when I approached him,” he added.

The 2014 World Cup is Ghana’s poorest tournament the country has ever participated.