US Open: Novak Djokovic & Karolina Pliskova Play On Day One At Flushing Meadows 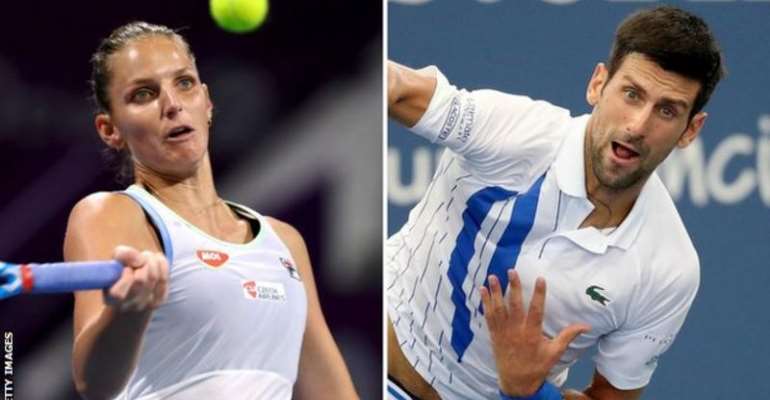 Karolina Pliskova is aiming for her first Grand Slam title, while Novak Djokovic is trying to go level with Rafael Nadal in terms of major wins

Top seed Novak Djokovic says he is playing some of the best tennis of his career as he prepares to start his bid for an 18th Grand Slam at the US Open.

Czech Karolina Pliskova, the women's top seed, faces Ukraine's Anhelina Kalinina on Ashe when the tournament begins at 17:00 on Monday.

Norrie, ranked 77th, has been given a tough draw against Argentine ninth seed Diego Schwartzman and plays first on court five at 16:00.

World number 44 Edmund takes on Alexander Bublik of Kazakhstan on the same court at about 21:00.

Japan's 2018 champion Naomi Osaka rounds off the first day's play on Ashe, although the fourth seed says she is "stressed" about whether she will be fully fit.

If Edmund beats world number 51 Bublik, he is likely to face Djokovic in the second round.

The world number one has won all 23 of his singles matches in 2020 and claimed the Western and Southern Open title on Saturday.

If Djokovic, 33, wins a fourth US Open crown it will put him within one of Rafael Nadal and two of Roger Federer in the trio's battle for the most men's Grand Slam singles titles in history.

"Going on an unbeaten run so far this year obviously brings even more confidence each match," said Djokovic, who also resigned as president of the Association of Tennis Professionals' player council this week to set up a new male-only players' union.

"How long that journey is going to last and what kind of legacy I'm going to leave behind, that's on somebody else to really judge and evaluate."

British women's number one Johanna Konta, seeded ninth, will be on court about the same time against compatriot Heather Watson, with the pair playing second on court five.

Dan Evans, Britain's leading men's player and the 23rd seed, starts after that match on the same court, taking on Brazilian youngster Thiago Seyboth Wild, who is playing in his first Grand Slam main draw.