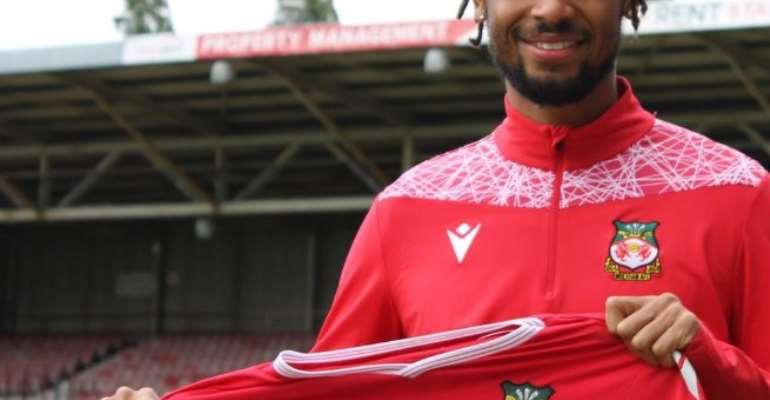 English-born forward of Ghanaian descent, Kwame Thomas says he is delighted to join Wrexham AFC and cannot wait to get going at the new club.

The youngster has today been officially unveiled as a new player of the English National League outfit to give them a squad boost ahead of the start of the 2020/2021 football season.

Speaking in his first interview, Kwame Thomas says he is happy and anxious to play in as many matches for the team as possible.

“I’m happy to be here. I already know some of the players and I can’t wait to start”, the attacker said as quoted on the website of Wrexham AFC.

He added, “The main thing is playing games; if you aren’t playing games it’s a bit pointless so I had a decision to make – ‘do you want to be a footballer and play or do you just want to be on the bench and get 20 minutes’. It was never a doubt for me to go somewhere and get games.

“I spoke to Adi and Recks briefly and they told me that this group of lads are really welcoming, and told me how they found it, so I spoke a little bit to make me feel at ease coming into a nice changing room and good surroundings.”

Mahama becoming President again is one of the greatest calam...
13 minutes ago

What Shatta Wale did was childish and stupid — Nii Ayitey An...
21 minutes ago