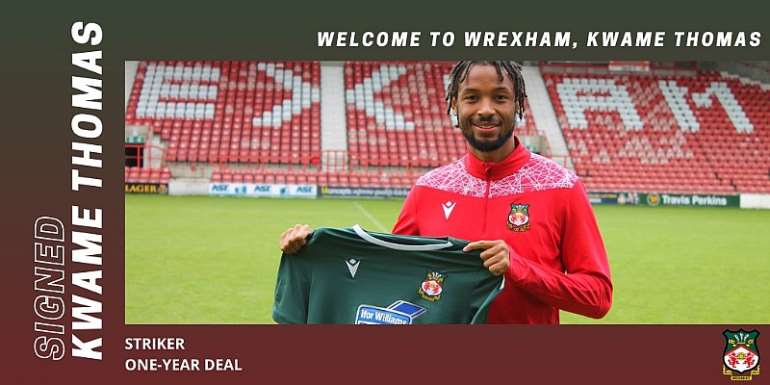 English National League outfit, Wrexham AFC has announced that they have completed the signing of Ghanaian forward Kwame Thomas in the ongoing summer transfer window.

The club is aiming to enjoy a very successful campaign in the upcoming 2020/2021 football season and has been getting busy in the transfer market.

After successful negotiations, they have sealed the acquisition of Kwame Thomas on a 1-year deal as a free agent.

“Wrexham AFC are pleased to announce the signing of Kwame Thomas on a one-year deal.

“The forward, who most recently played for Burton Albion, has signed on a free transfer after leaving the Brewers in June”, an official club statement has said today.

He has gathered experience over the past few years and will be expected to play a big role for Wrexham AFC next season.