Aubameyang Has Been 'Convinced To Stay' At Arsenal - Arteta 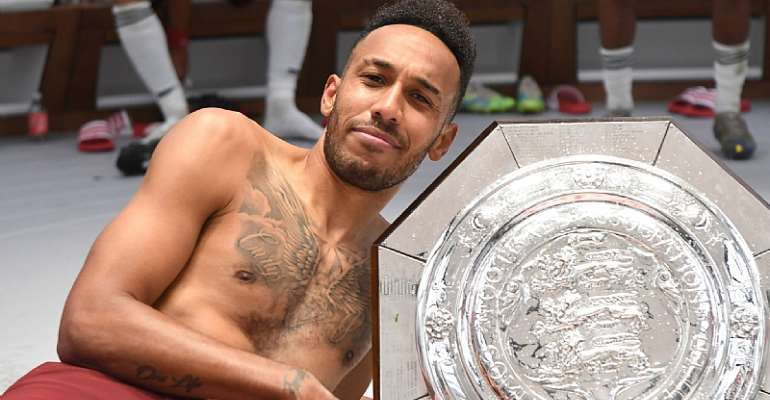 Arsenal manager Mikel Arteta thinks captain Pierre-Emerick Aubameyang has been "convinced to stay here for longer" after his starring role in the Community Shield win over Liverpool.

Forward Aubameyang, whose Gunners contract expires next summer, curled in a fantastic opener - before Takumi Minamino's equaliser - and then scored the winning penalty in the shootout at Wembley on Saturday.

"It's an exciting time to be an Arsenal player," said the 31-year-old Gabon international.

The FA Cup winners have been trying to tie Aubameyang down to a new contract for some time.

He has scored 70 goals in 109 games since joining Arsenal from Borussia Dortmund for a club-record £56m in January 2018.

Aubameyang was made captain in November after midfielder Granit Xhaka was stripped of the armband by Arteta's predecessor Unai Emery.

"I think we got that and then we have to make the paperwork and that takes a bit of time."

Aubameyang's excellent 20-yard strike on Saturday made him only the second Gunners player to score five Wembley goals, after Alexis Sanchez.

And they have all come since July - he netted twice in the 2-0 win over Manchester City in the FA Cup semi-final before another double as Chelsea were beaten 2-1 in the final.

Asked about his future after the Community Shield, Aubameyang said: "We're going to see in these days. Today we take the trophy - that's it.

"We are improving. There is still work to do but I'm really happy."

Aubameyang won the Bundesliga golden boot in 2017 and the Premier League version in 2019, although his only major trophies are the German Cup, FA Cup and French League Cup with Saint-Etienne.