I Will Stop Anthony Joshua In First Round - Tyson Fury 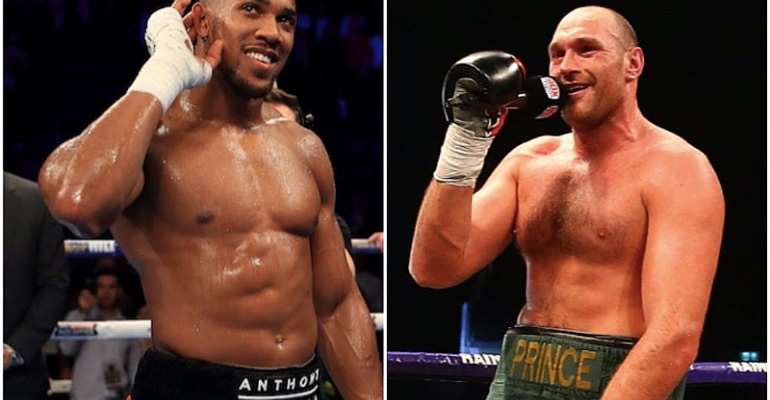 Tyson Fury didn’t mince his words when asked how long it would take him to see off Anthony Joshua to be crowned undisputed heavyweight champion.

The two Brits, who hold all four world title belts between them, have agreed in principle to fight twice in 2021.

The bouts would determine the first undisputed champion since Lennox Lewis’ reign ended 20 years ago.

WBA, IBF and WBO king Joshua has predicted he will beat Fury within six rounds when they meet next summer.

But the Gypsy King doesn’t reckon his opponent will get that long.

Asked on Instagram how long it would take him, WBC champion confidently predicted: “I would batter Joshua within the first round.”

Joshua must first overcome mandatory challenger Kubrat Pulev, while Fury is due to take on Deontay Wilder for a third time later this year.