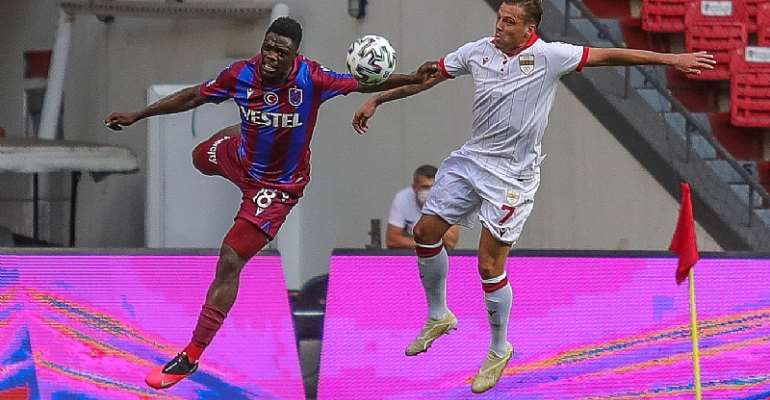 Ghana striker, Caleb Ekuban failed to propel his side, Trabzonspor as they lost to Yılport Samsunspor in a preseason friendly on Saturday afternoon.

Edgar Ié gave Trabzonspor the lead in the 50th minute. However, Enes İslam İlkin scored in the 54th minute for Samsunspor.

In the 89th minute of the game, İlyas Kubilay Yavuz scored to seal the win for the home side to end the game 2:1 at the Canik 19 May Stadium.

Ekuban enjoyed the full throttle of the game.
Meanwhile, fellow countryman, Edwin Gyasi, who joined Samsunspor was not named in the matchday squad.

Gyasi joined the club on a three-year deal.

Some MMDCEs will be approved in December because of controve...
26 minutes ago