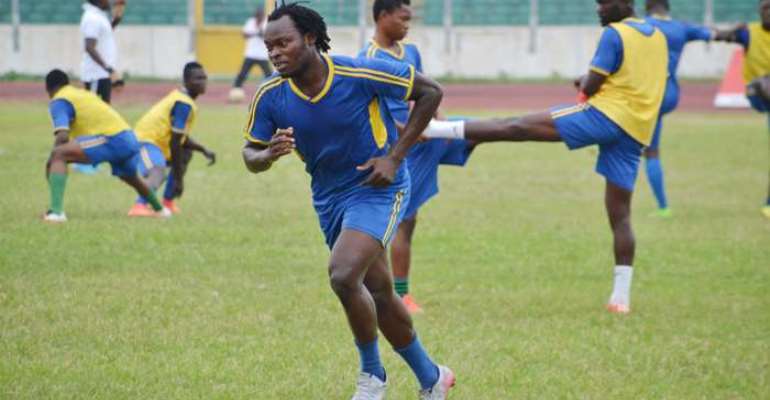 Aduana Stars striker, Yahaya Mohammed has reiterated that he would have won the 2019/20 Ghana Premier League golden boot.

The former Asante Kotoko before the truncation of the football season had scored 11 goals.

Despite declaring Inter Allies forward, Victorien Adebayor as the winner of the golden boot, the 32 year old believes he would have emerged as the top scorer of the season.

“I would have been the Goal King if the 2019/2020 season has ended successfully,” he told Asempa FM.

A full Ghana international, he earned a recall to the Black Stars for a 2022 Africa Cup of Nations qualifying double-header against Sudan in March, after a long absence which dates back to 2007.

The games were later postponed due to the Covid-19 situation, denying him a possible first national outing in 13 years.