Could Didier Drogba Be Getting A FIFA Lifeline For Ivory Coast Polls? 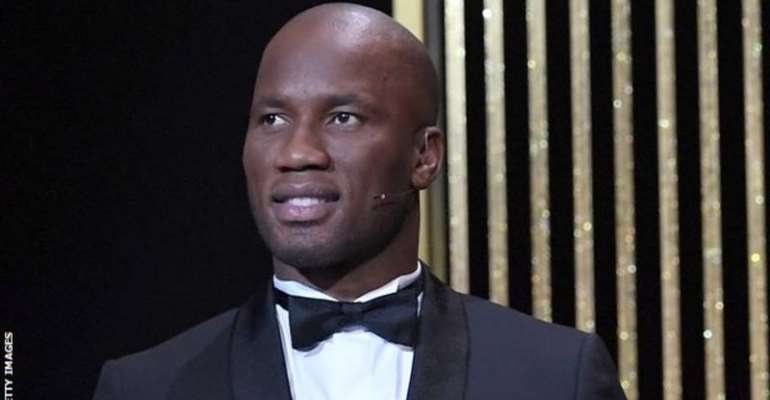 Didier Drogba's hopes of becoming the next president of Ivory Coast's football federation (FIF) could be restored.

Fifa has requested the suspension of all activity relating to the elections until it has received various documentation.

Concerned that the electoral process may not be free and fair, football's world governing body has requested FIF's electoral commission to send the five files by Friday '28 August 2020 at the very latest'.

"Pending your documents and information, we invite you to suspend all actions relating to the electoral process until further notice," Fifa Secretary General Fatma Samoura wrote to the electoral commission.

Samoura's letter was sent on Thursday, the same day as former Ivory Coast captain and Chelsea star Drogba was rejected as a candidate.

On Thursday, the electoral commission selected just two candidates to be the next FIF president - Sory Diabate, who is the current first vice-president of the federation, while Yacine Idriss Diallo is a former third vice-president.

"Some say that the commission has been prevented from exercising its activities in total calm and an independent manner because of outside interference," Samoura stated in her letter.

Samoura also said that Fifa had learnt that both the electoral commission and its new president, elected last month, had been 'unable to conclude their duties ... relating to the mission confided upon them'.

Drogba's candidacy - greeted with joy by many Ivorian football fans when he formally submitted it - was rejected after two of his needed eight backers were found to have also given their support to Diabate.

In response to his rejection, his campaign manager said the former BBC African Footballer of the Year was 'calm' and that the matter was 'sad' for the Ivorian game.

"He is someone who is trying to help, but he's determined to bounce back," Eugene Diomande told French radio station RFI. "We are going to appeal to Fifa."

It is unclear when or if this appeal has been made.

Fifa has requested a full list of Electoral Commission members and the minutes from four meetings, including one in July where the new electoral commission president was elected and one in August involving FIF's Executive Committee.

The elections were scheduled to take place on 5 September, although this date is now uncertain given the latest developments.