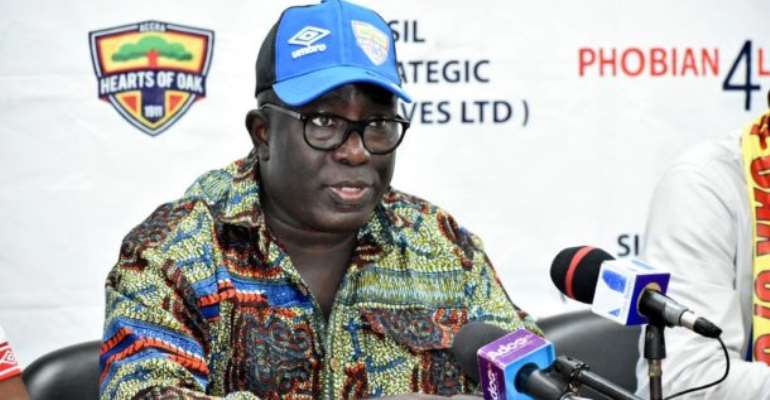 The Managing Director of Hearts of Oak, Frederick Moore has revealed that the club has lost a hotel sponsorship deal as a result of the negative press in the country.

The MD who was appointed in 2019 has been working hard to secure sponsorships and partnerships for the club since taking over from American, Mark Noonan.

Speaking to Pure FM in an interview, Frederick Moore has recounted how the Phobians have lost a number of sponsorship deals because of negative reportage by the press.

“If I tell you the number of sponsorships that we've lost because of negative press, you would probably think am lying.

“Where do our players stay when we play our home games? They stay in a reasonably no hotel but got a sponsor, a close to a 4-star hotel who was prepared to give us free accommodation for 2 days for every home game and we lost it”, the Hearts of Oak MD said.

He continued, “Once the information comes out as negative whether you say it or not 50% of the people will believe one thing, the other 50% will believe the other thing. You are never going to get it right”.

Meanwhile, the Ghana Premier League giants have sealed a mega sponsorship deal with Star Assurance with a grand unveiling scheduled for next month.