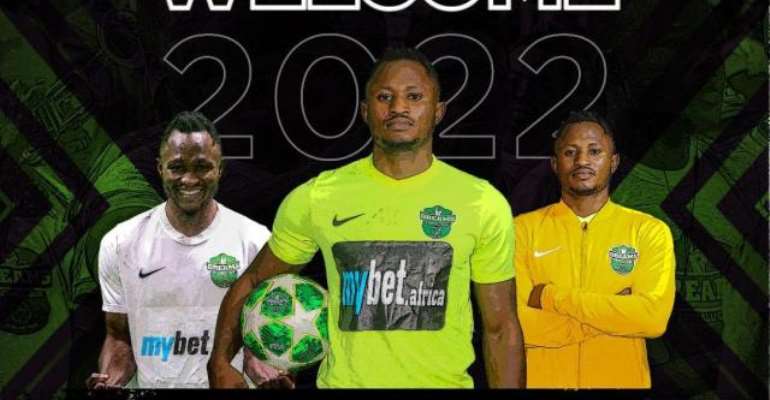 Assistant coach of Dreams Football Club (FC), Edwin Torto has indicated that the club is delighted with the signing of highly-rated forward Joseph Esso in the ongoing transfer window.

The Dawu-based club though a grande unveiling on Wednesday evening announced that they have secured the services of the former Hearts of Oak poster boy.

Reacting to the arrival of the new forward, Dreams FC assistant coach Edwin Torto has emphasized on the importance of the signing.

“Joseph Esso signing is important and it has come at the right time. His arrival is going to help us because it is a very big signing”, the gaffer said in an interview with Bryt FM.

Coach Edwin Torto further shared that the entire Dreams FC club is elated with the signing of Joseph Esso.

“After realizing that his contract has expired we told management to do their best to sign him, lo and behold we have captured him.

“We were smart enough to beat competitions from other big clubs. The entire Dreams FC family is happy with this acquisition”, the coach concluded.

Chiefs and Queen mothers of Nadowli-Kaleo congratulate Alban...
10 minutes ago

I intend to live my my oath – Bagbin
10 minutes ago