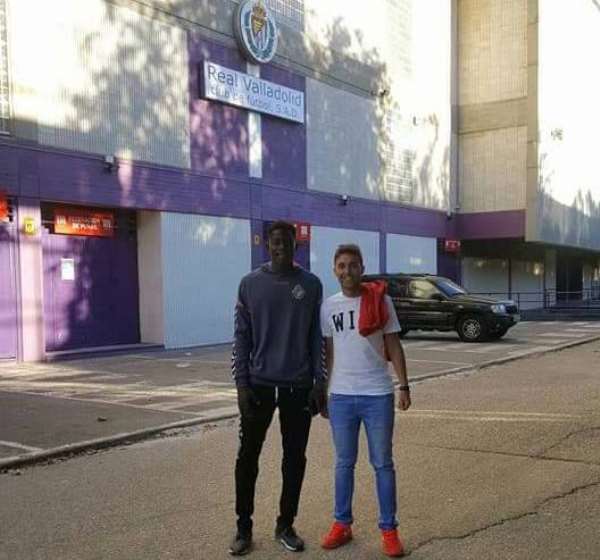 Director of the African Talent Football Academy, Fran Castaño has revealed that he almost kicked out Mohammed Salisu when he showed up for trials.

Salisu after an impressive season with Real Valladolid in the Spanish La Liga has joined Southampton in a deal with of £10.9m.

However, according to Fran, he almost kicked the 21-year-old out but caught his attention within 10 minutes when he gave him the chance.

Fran also added that he is impressed with the growth of Salisu both on and off the pitch.

“I was about to kick him out," laughs Fran in an interview with Sky Sports.

"But he caught my attention within 10 minutes. Salisu is special. Off the pitch, he was quiet and calm. He liked being alone or with three or four of his closest friends. He was very shy.

"On the pitch, everything changed. Character, aggression and leadership.

"He always wanted to win and he was capable of forgetting bad moments very quickly.

“His rapid rise has not been easy, but he has a very strong personality and knows what he wants." He added.

Salisu was called up for Ghana's 2021 Africa Cup of Nations double-header qualifiers but withdrew from the squad due to injury in November 2019.

However, Salisu is expected to be named in CK Akonnor’s squad for the qualifiers against Sudan in October.

Salisu finished last season having made 154 clearances - the third most of any player in La Liga.