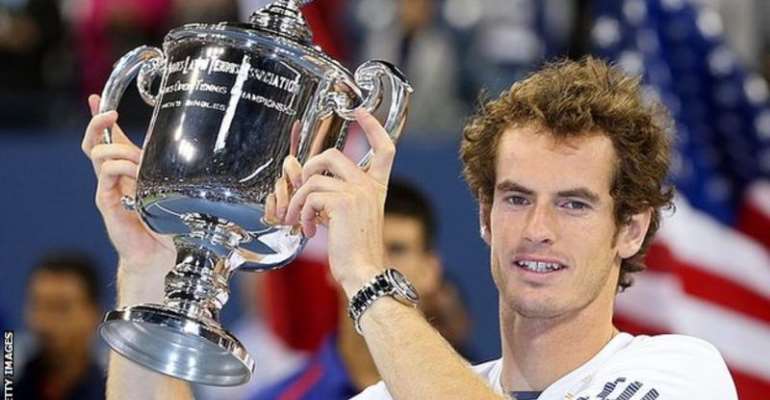 Former champion Andy Murray will play Japan's Yoshihito Nishioka in the first round of the behind-closed-doors US Open at Flushing Meadows in New York.

The Briton, 33, is playing singles at a major for the first time since the 2019 Australian Open after injury problems.

The Grand Slam starts on Monday - but without a host of star names.

Those missing include defending champions Rafael Nadal and Bianca Andreescu, who are not playing because of the coronavirus pandemic.

There are no qualifying rounds or mixed doubles, with the men's and women's doubles reduced to 32 teams and the wheelchair events taking place after initially being omitted by the USTA.

Six British players are playing in the singles at Flushing Meadows, with 2012 champion Murray the star attraction as he continues his comeback after two major hip surgeries.

The Scotsman is now ranked 134th in the world but reached the last 16 at the Western and Southern Open this week, which was his first top-level tournament since November because of niggling injuries and the suspension of the ATP Tour.

Konta, ranked 15th, is perhaps the nation's best hope of success and has looked in fantastic form having reached the semi-finals of the same tournament.

The ninth seed must first overcome 52nd-ranked Watson, who has lost all three of their previous meetings on the WTA Tour.

British men's number one Dan Evans, 30, is seeded 23rd after reaching a career-high ranking of 28 this year and he plays 20-year-old Brazilian Thiago Seyboth Wild, who features in the main draw of a Grand Slam for the first time.

The women's field, in particular, has been weakened by the withdrawals, with only four of the world's top 10 set to play.

Gauff could potentially play 2018 champion Naomi Osaka, who starts against fellow Japanese player Misaki Doi, in the third round for the third consecutive Grand Slam.

Osaka had to console Gauff after overwhelming her in a comfortable US Open defeat last year before the American teenager stunned the defending champion at the Australian Open in January.

On the men's side, another notable absentee is Swiss great Roger Federer, who is recovering from knee surgery.

The absence of Nadal and Federer means Austria's Dominic Thiem is seeded second and he starts against Spain's Jaume Munar.