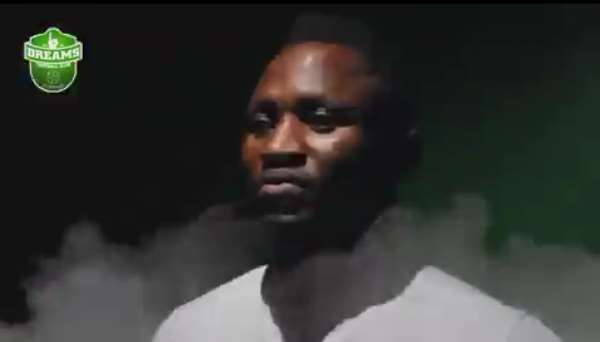 Dreams Football Club (FC) has confirmed that signing of highly-rated forward Joseph Esso after unveiling the former Hearts of Oak poster boy in a stylish video.

The attacker recently parted ways with the Phobians in shocking circumstances over reasons the club described as failed contract extension talks.

Though officials of the Ghana Premier League giants tried to re-sign the attacker after the intervention of the supporters’ group, no agreement could be reached.

Today, Dreams FC has announced that they have secured the service of Joseph Esso. The Dawu-based club has signed the forward on a free transfer to give them a squad boost ahead of the next football season.

The Still Believe outfit struggled to compete in the 2019/2020 Ghana Premier League campaign but are hopeful of doing better next season with the acquisition of Joseph Esso.

Checks have revealed that the former Ebusua Dwarfs talisman has inked a 2-year deal with Dreams FC and will receive more in wages than what he was taking at Hearts of Oak.

Watch how Dreams FC unveiled Joseph Esso in the video below: