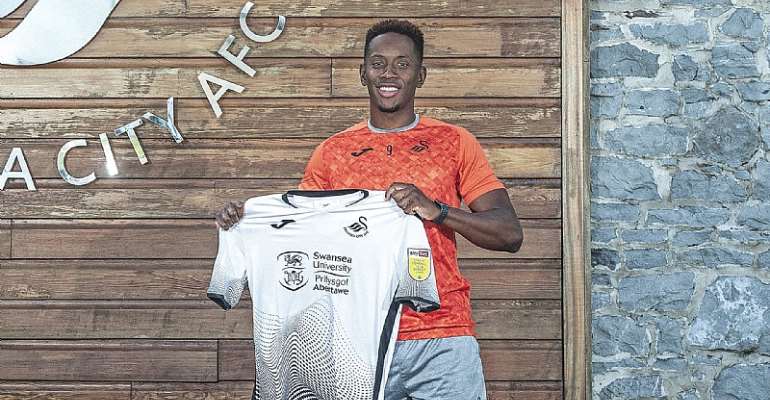 English side Swansea City has sealed that signing of Jamal Akua Lowe from Wigan Athletic in the ongoing summer transfer window to give them a squad boost.

Born in England but of Ghanaian descent, the winger has experience playing in the lower-tier leagues and will be playing a key role for the Swans in the upcoming season where they will be eyeing promotion to the Premier League.

“Swansea City has completed the signing of winger Jamal Lowe from Wigan Athletic for an undisclosed fee, subject to international clearance”, an official club statement from the club has said today.

The 26-year old has signed a three-year deal with an option for a further year. The forward is the 5th signing of the English Championship club and joins the likes of Korey Smith, Freddie Woodman, Morgan Gibbs-White, and Marc Guehi as the new acquisitions.