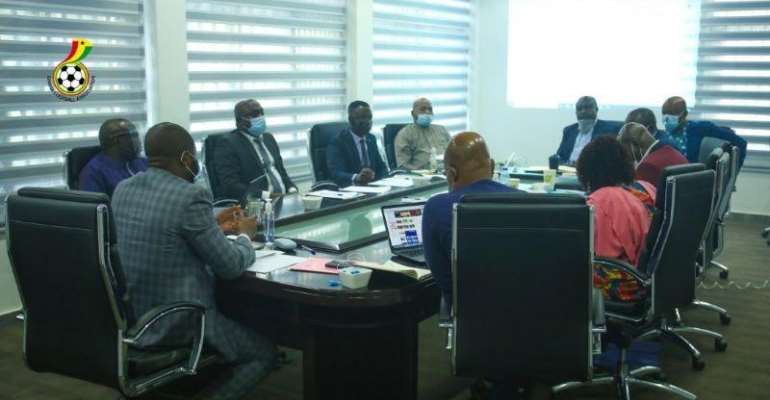 Members of the Executive Council of the Ghana Football Association

Wilfred Osei Kweku Palmer has slammed the Executive Council of the Ghana Football Association [GFA] of selfishness by creating, looting and sharing.

With less than a week to the start of Congress, the Executive Council is rumoured to have spent over Ghc40,000 with the total budget for Congress yet to be submitted to clubs.

Congress has been scheduled for September 1 at the Ghanaman Soccer of Excellence with auditors yet to audit the expenditure of FA.

According to Palmer, the budget prepared by the FA is bogus adding the 12 member Executive Council are only interested in themselves.

He also accused them of creating, looting and sharing.

“The Executive Council is currently creating, looting and sharing the money of the FA,” he told Accra based Angel FM.

“The budget the Executive Council has prepared is a "bogus budget".

“It is very difficult to understand that what the FA has published is a budget. In fact, that is a bogus budget.

“As a financial expert, I have never seen or heard of a budget that takes a retrospective effect," he added.

The stakeholders have been notified of the date which coincidentally clashes with the Court of Arbitration of Sports (CAS) ruling on the Ghana FA versus Wilfred Osei Kwaku.

Osei Palmer is battling the Ghana FA at CAS over his disqualification from the last year's GFA Presidential elections by the Normalization Committee.