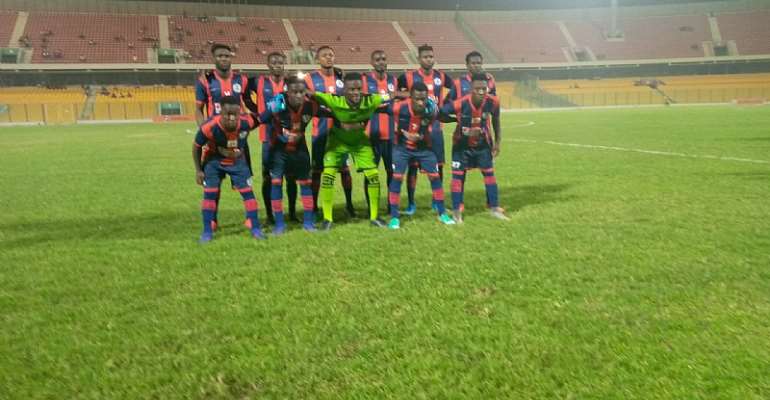 Captain for Legon Cities Football Club, Fatau Dauda has shared that he is confident the club can compete for the Ghana Premier League title next season if they are able to add five top players to their roster.

The Black Stars goalkeeper joined the rebranded Wa All Stars club in the run-up to the start of the 2019/2020 Ghana Premier League season to give them a squad boost.

Unfortunately, the club had too many inexperienced players and ended up struggling to compete with the top clubs in the division despite the huge investments.

Speaking in an interview with Accra-based Angel FM on Wednesday night, goalkeeper Fatau Dauda has indicated that if Legon Cities is able to bolster its squad with 5 more players, they should be able to compete for the GPL title.

“If Legon Cities can beef up the squad with 5 more players, the club can compete for the GPL trophy”, the experienced goalkeeper said.

Last season, Legon Cities FC only managed to pick up 16 points from playing 15 games in the Ghana Premier League before it was suspended. The unimpressive figure meant that they occupied the 14th position at the time the season was canceled.