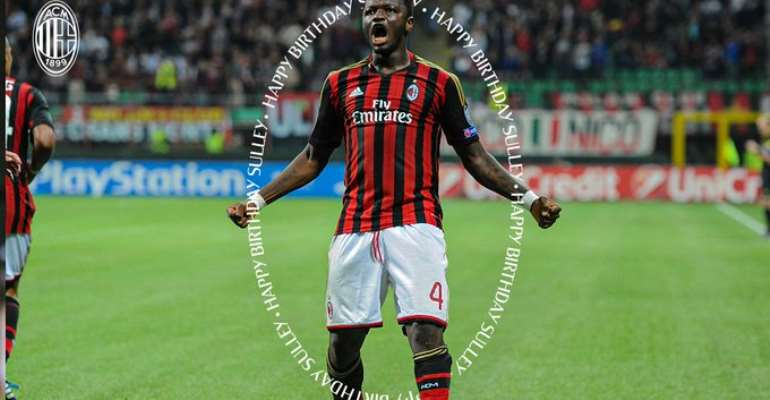 Muntari has been a kingpin for the Black Stars, Ghana's senior national team, playing a key role in Ghana's maiden World Cup qualification in 2006.

He was also a key figure in Ghana's qualification to the 2010 and 2014 World Cup in South Africa and Brazil respectively.

However, the likes of AC Milan, CAF and Udinese Calcio have all extended their best wishes to the midfielder.

Muntari, who is currently clubless has expressed his desire to play for Asante Kotoko before he retire from football.

The former Portsmouth midfielder however, said he will also not rule out a move to Hearts of Oak.