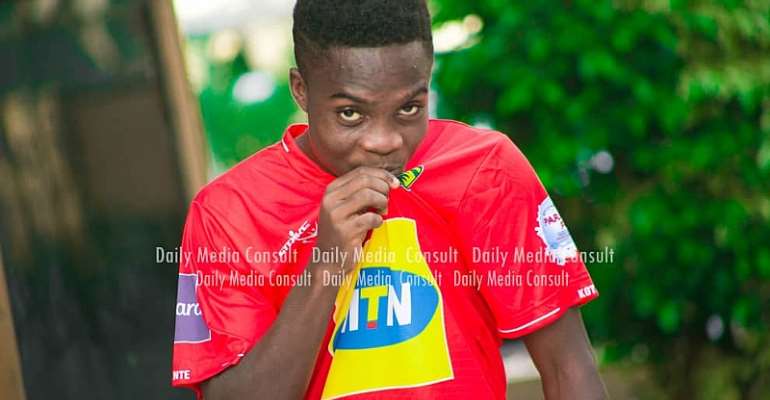 The camp of Matthew Anim Cudjoe are demanding a whopping sum of $250,000 before contract extension according to media reports.

The 16-year-old is currently out of contract at the club after the truncation of the 2019/20 Ghana Premier League season due to the outbreak of Covid-19.

The enterprising forward joined Asante Kotoko on a season-long loan deal from Division One League side Young Apostles FC ahead of the 2019/20 football season.

The club is determined to keep the youngster following his impressive season with the club but must pay $250,000 before the player will sign a new deal.

Cudjoe has been one of the most exciting young talents on the local scene as he featured prominently in Maxwell Konadu’s side during the 2019/20 Ghana Premier League campaign and is expected to contribute significantly to their upcoming campaign.

Cudjoe has had trials with European giants Bayern Munich, which reportedly have expressed interest in the teenager’s signature once he turns 18.

Reports however also claim that other clubs have also expressed interest in the player.