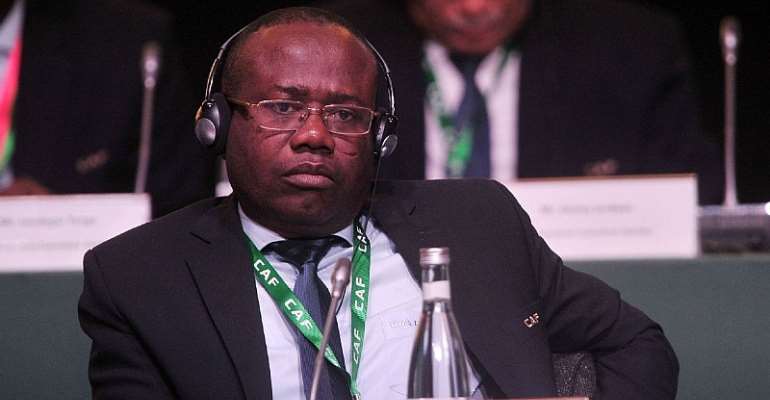 Mr Wilfred Osei Kweku Palmer has reiterated that it will be a mismatch to compare Ghana Football Association [GFA] president, Kurt Okraku to Kwesi Nyantakyi.

According to the Tema Youth FC president, Mr Nyantakyi’s understanding of the football game is unparalleled and can’t be put in the same bracket as any of the current figures in charge of Ghana football adding that it will be a mismatch to compare Kurt Okraku to Nyantakyi.

He subtly jabbed the current Executive Council members, stating that Nyantakyi alone is worth ten of them.

“I’m not bragging but Nyantakyi alone is equivalent to ten. The quality of any Exco meeting is by the leader," th 2019 disqualified GFA presidential candidate told Accra based Angel FM.

"You can’t compare Kurt to Kwesi Nyantakyi.
“Whoever was going to replace Nyantakyi was going to have a hectic time because when you take over from a colossus like Kwesi, you have to be mindful of so many things”, he said.

Kwesi Nyantakyi served as GFA President for thirteen years and left power in a controversial and embarrassing manner.

The former CAF 1st vice president and FIFA Executive Committee member was caught on tape engaging in acts that have landed him charges of fraud and conspiracy to commit crime.

After a period of normalization, members of the GFA elected Kurt Okraku to lead the association and revive the football industry in the country.